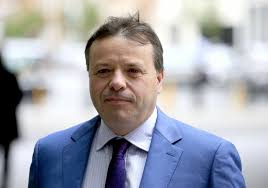 Arron Banks, co-founder of the Leave.EU campaign, and the campaign's chief executive Elizabeth Bilney are among the individuals under the probe, according to the NCA.

They were referred by the Electoral Commission to the NCA, as there were "reasonable grounds" to suspect that Banks was not the true source of 8 million pounds in loans made to the "Better for the Country" Organization, which ran his group Leave.EU.

The NCA said electoral law offenses would not routinely fall within its remit, but the "nature" of the necessary inquiries and "the potential for offenses to have been committed other than under electoral law" led it to consider an investigation.

"This is now a live investigation, and we are unable to discuss any operational detail," said the NCA.

Local media reported Banks denied any wrongdoing and said he welcomed the investigation.