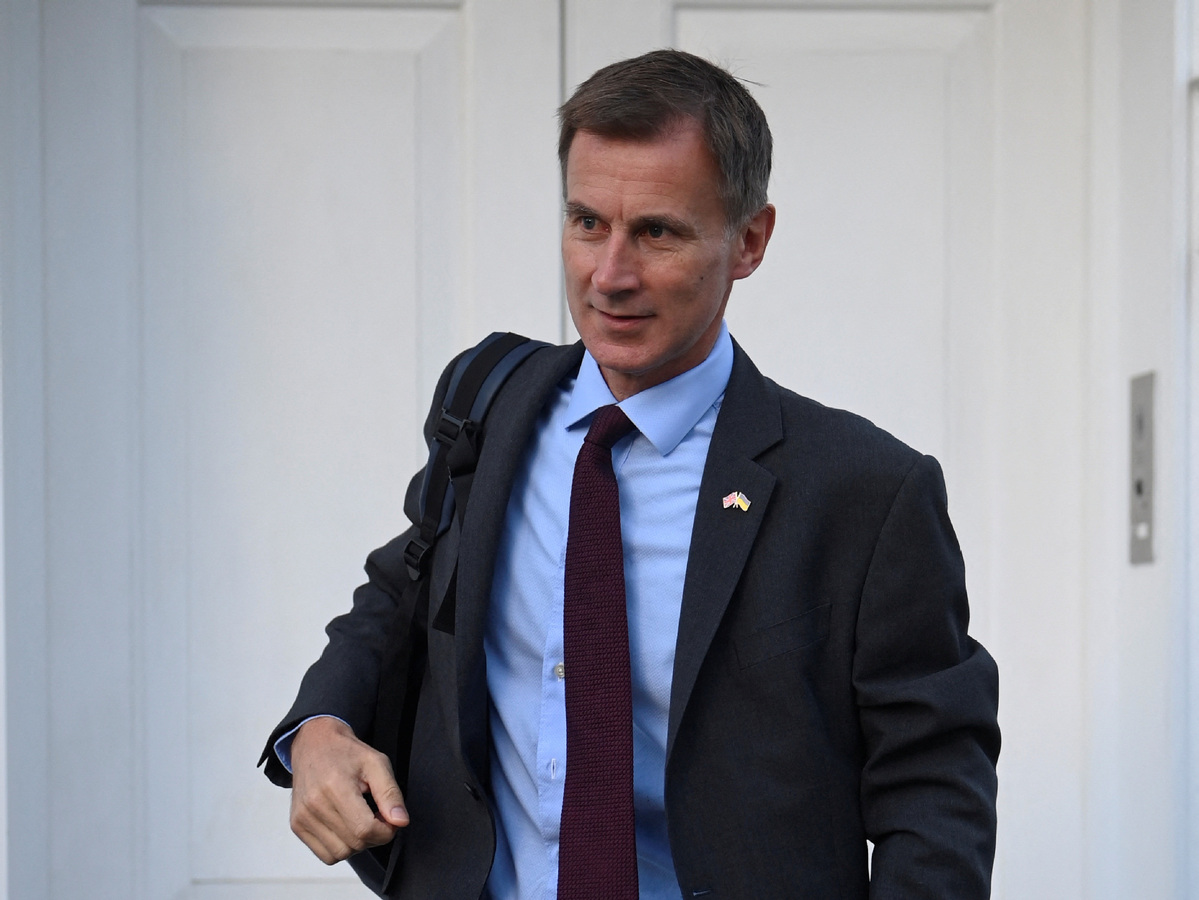 Britain's Chancellor of the Exchequer Jeremy Hunt walks outside his house in London, Britain, Oct 18, 2022. [Photo/Agencies]

Chancellor of the Exchequer Jeremy Hunt of the United Kingdom (UK) on Thursday announced a package of tax hikes and spending cuts worth 55 billion British pounds ($65 billion) in a bid to improve the public finances and restore the country's economic credibility.

In the face of unprecedented global headwinds, people are worried about the future, and "our priorities are stability, growth and public services," Hunt told the House of Commons in his Autumn Statement 2022.

To raise funds, the threshold at which higher earners start to pay the top 45 percent tax rate will be reduced from 150,000 pounds to 125,140 pounds, while the income tax, inheritance tax and national insurance thresholds will be frozen for a further two years, until April 2028, according to the chancellor.

To ensure that businesses making extraordinary profits due to the high energy prices also pay their fair share, the windfall tax on oil and gas companies will increase from 25 percent to 35 percent, with the levy remaining in place until March 2028, and a new, temporary 45 percent levy will be imposed on electricity generators.

On public spending, according to the statement, departments will be expected to work more efficiently and support the government's mission of fiscal discipline. From 2025-2026 onwards, day-to-day spending will increase more slowly by 1 percent above inflation.

While the government's support package is protecting British households throughout this winter by capping typical energy bills at 2,500 pounds, the cap would rise to 3,000 pounds from April 2023. Households on means-tested benefits, pensioners and people on disability benefits would receive new payments.

To ensure fiscal discipline, the chancellor also introduced two new fiscal rules: the country's national debt must fall as a share of gross domestic product (GDP) by the fifth year of a rolling five-year period, and public sector borrowing in the same year must be below 3 percent of GDP.

The budget squeeze comes after a large-scale package of unfunded tax cuts announced by the government in September threw financial markets into turmoil as the fiscal giveaway measures were expected to ramp up public borrowing, and they dealt a huge blow to the country's fiscal reputation.