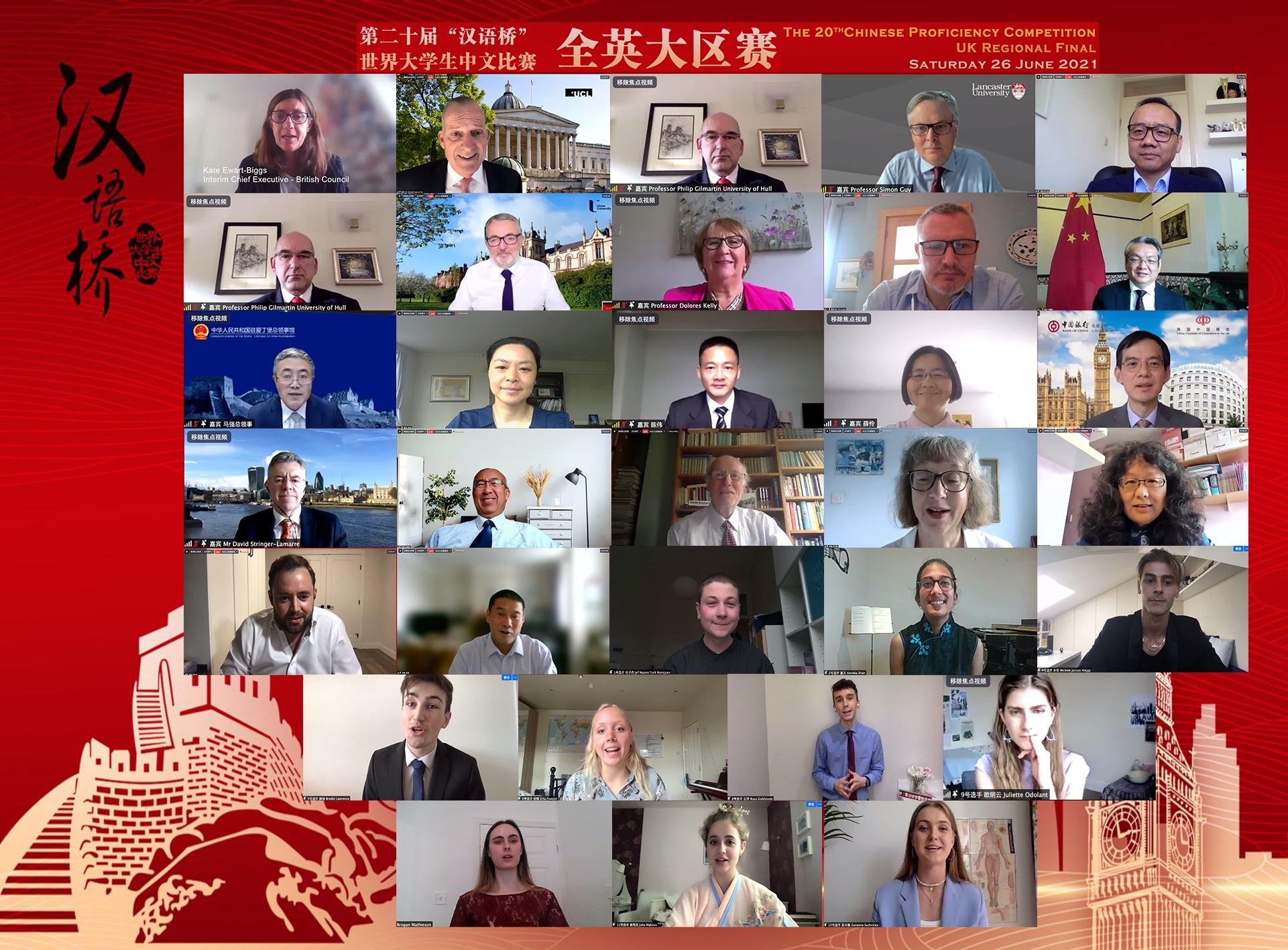 The regional final of the 20th “Chinese Bridge”, an international contest organized by Hanban, which oversees the Confucius Institute, consisted of five parts, including prepared speech on the theme "One World, One Family", knowledge quiz about China, three-minute artistic performance, two-minute self-made video and impromptu quiz.

Zuzanna Anna Suchcicka, a student who majors in Chinese and International Business at the University of Leeds, won the top prize out of the 10 participants. "I'm so excited! I hope we all continue our efforts to improve our Chinese language skills," she said in a brief winning speech in Chinese.

Together with three other contestants, Suchcicka will represent Britain to join the "Chinese Bridge" global final later this year. Due to the impact of COVID-19 pandemic, it is the second time that the competition is held online. Around 100 candidates from 15 UK universities signed for the competition.

Chinese Ambassador to Britain Zheng Zeguang said in the opening remarks, “Language is a vehicle of civilisation. It is also a bridge of communication between countries and nations.”

“I hope more and more young people from both our two countries will learn the language of each other, become goodwill ambassadors and build bridges for communication. This is where the hope of China-UK relations lies, ” Zheng added.

Kate Ewart-Biggs, interim chief executive of the British Council, said,"In an increasingly complicated world, where solutions to great challenges must come from international cooperation, studying another language really is one the most valuable things anyone can do."

The "Chinese Bridge" competition started in 2002. It has attracted more than 1.4 million young students from more than 150 countries around the world.