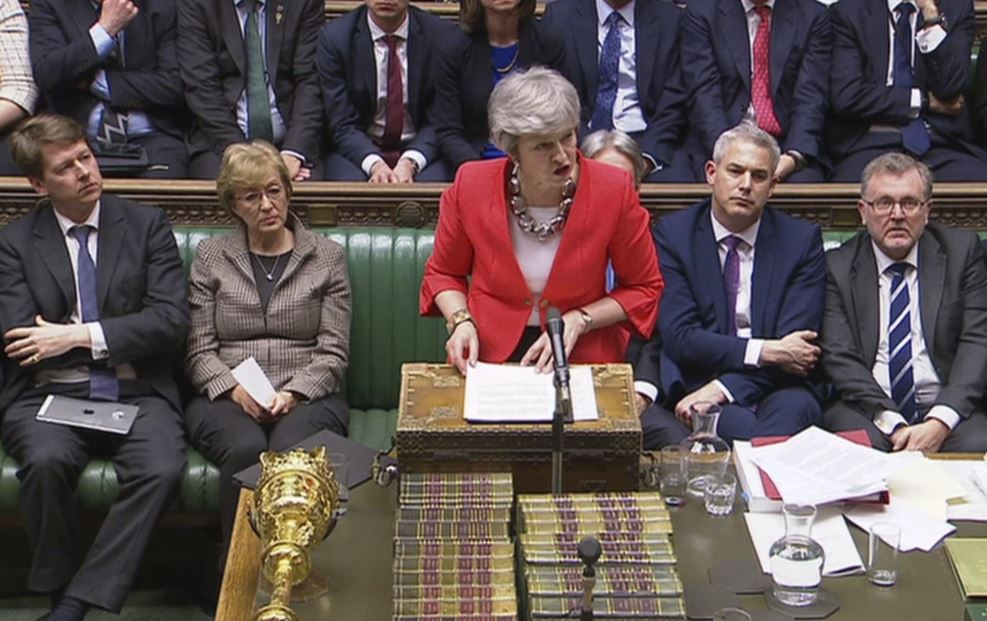 London (People’s Daily) -- With just 16 days to go until Brexit, the EU withdrawal deal, or the Brexit deal negotiated by the UK government and European Union leaders has been rejected by MPs in the British House of Commons for the second time.

MPs voted 391 to 242 against the deal, which is a smaller margin than when it was first voted on in January. Most MPs are still not satisfied with the so called “backstop” agreement on the Irish border, although Prime Minister Theresa May had secured legal assurances at the last moment.

After the result was announced, Prime Minister May said that she regretted the decision MPs have taken tonight, and the next move on Brexit is Parliament’s call.

“If this House votes to leave without a deal, it will be the policy of the government to implement that decision,” said May. “If MPs vote for an extension to Article 50, the government will seek to agree it with the EU.”

The MPs will vote again Wednesday on whether the UK should leave the EU without a deal, and if rejected, they will vote on whether or not to postpone Brexit day on Thursday.

However, after the deal was rejected, Donald Tusk, president of the European Council said a “credible” reason is required for any delay to Brexit.