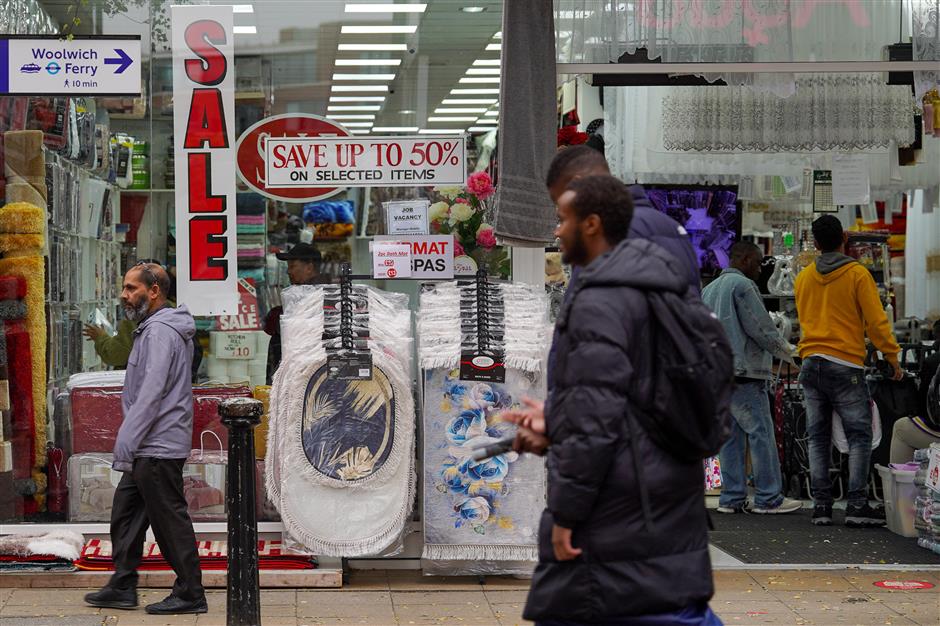 A retail store with discounted prices is seen in London on September 30.

Britain's annual rate of consumer price inflation inched up to 10.1 percent in September, returning to a 40-year high hit in July, the Office for National Statistics said on Wednesday.

Economists polled by Reuters had forecast the inflation rate would rise to 10.0 percent from 9.9 percent in August.

The ONS said the main driver of inflation in September was rising food prices.

Britain has been hit hard by the surge in European natural gas prices caused by the Russia-Ukraine conflict, which has added to post-COVID supply chain bottlenecks and labor shortages, creating an intense squeeze on living standards.