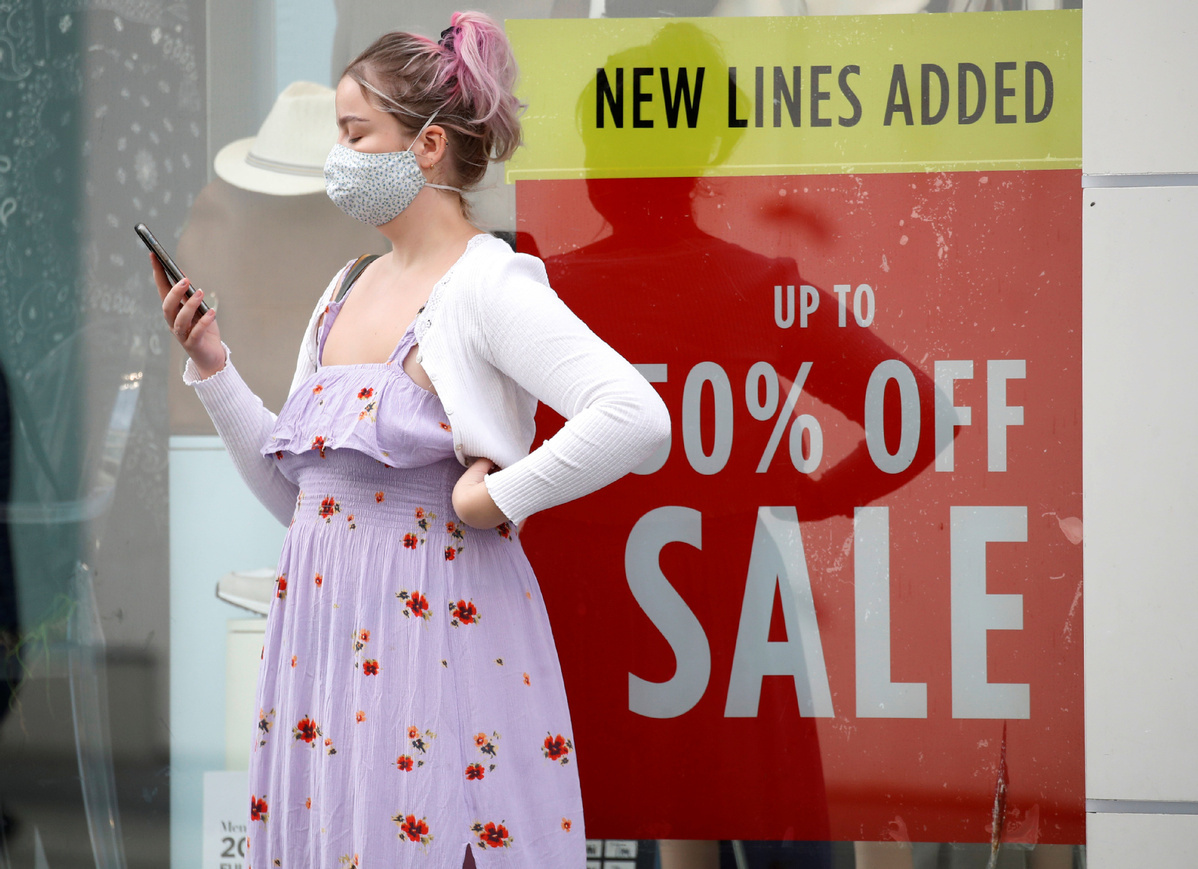 A woman wearing a mask talks on her phone outside a shop following the outbreak of the coronavirus disease (COVID-19) in Liverpool, Britain, Aug 10, 2020. [Photo/Agencies]

British consumers spent the most last month since the country went into lockdown in March, as pubs, restaurants, barber shops and beauty salons reopened, Reuters reported.

Spending was close to getting back to normal levels though not all sectors were benefiting, the agency said, citing industry figures published by Barclaycard and the British Retail Consortium.

Consumer spending was 2.6 percent lower than in July 2019, the smallest shortfall since the lockdown began.

Reopening businesses, as well as warm weather, boosted consumer spending in July. But sales at pubs and restaurants, which reopened for on-premises consumption on July 4, remained well below year-ago levels.

By contrast, sales of takeaways and fast food were 20 percent higher than last year as people preferred to eat at home. Spending on groceries, furniture and electronics was also up strongly, while travel spending remained weak.

Figures from the British Retail Consortium - which only cover shopping - painted a similar picture for July.

Total retail spending across the BRC's members - mostly large chains - was 3.2 percent higher than a year earlier, close to June's 3.4 percent rise, the biggest increase since May 2018.