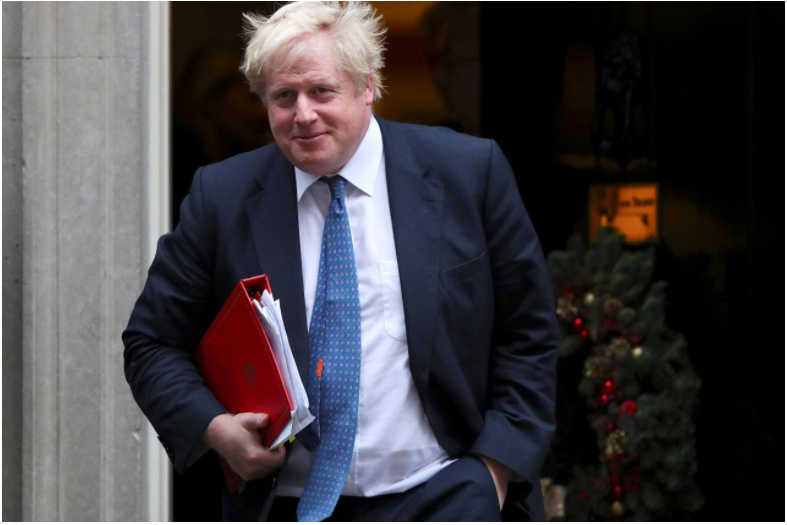 British foreign secretary Boris Johnson singled out the Muslim Brotherhood and its associates for criticism on Thursday in a speech calling for a renewed western diplomatic push in the Middle East to tackle Islamic extremism.

Speaking to diplomats and experts at the Foreign Office in London, Johnson called for better engagement with Muslim populations worldwide and argued that blaming Western intervention for the rise of Islamist extremism played into the jihadi narrative.

He said the West needed to collectively re-insert itself in the process towards peace in Syria and called for the United States to bring fresh impetus to the resolution of the Israeli-Palestinian conflict.

Johnson said the Muslim Brotherhood - a global Islamist organization which started in Egypt in 1928 - was one of the most politically savvy operators in the Muslim world, but he also criticized its conduct in the Middle East and Britain.

“It is plainly wrong that Islamists should exploit freedoms here in the UK - freedoms of speech and association - that their associates would repress overseas and it is all too clear that some affiliates of the Muslim Brotherhood are willing to turn a blind eye to terrorism,” he said.

The Muslim Brotherhood in Egypt was designated as a terrorist organization in that country in 2013.

A 2015 British government review into the organization concluded that membership of or links to it should be considered a possible indicator of extremism but stopped short of recommending that it should be banned.

Johnson admitted there had been policy missteps in Iraq and Syria interventions, but said that did not justify a diplomatic retreat from the region.

“British foreign policy is not the problem, it is part of the solution,” he said, calling for a renewed role in Syria, more work to halt conflict in Yemen and progress in bringing factions together in Libya.

“We need more engagement, not less,” he said.

His remarks come a day after the United States recognized Jerusalem as the capital of Israel, drawing international criticism.

British Prime Minister Theresa May has said that decision was wrong, and Johnson repeated the government criticism that the US move was premature.

“We ... think that the future of Jerusalem must be settled as part of the negotiated agreement between Israel and the Palestinians and as part of the two-state solution,” he said.

“This decision, having been announced by President Trump, the world would like to see some serious announcements by the US about how they see the Middle East peace process and how to bring the two sides together.”