Britain’s government on Tuesday defended its new three-tier system of COVID-19 risks and restrictions but critics suggested it was too little, too late amid reports that government’s own scientific advisers had recommended tougher action three weeks ago. 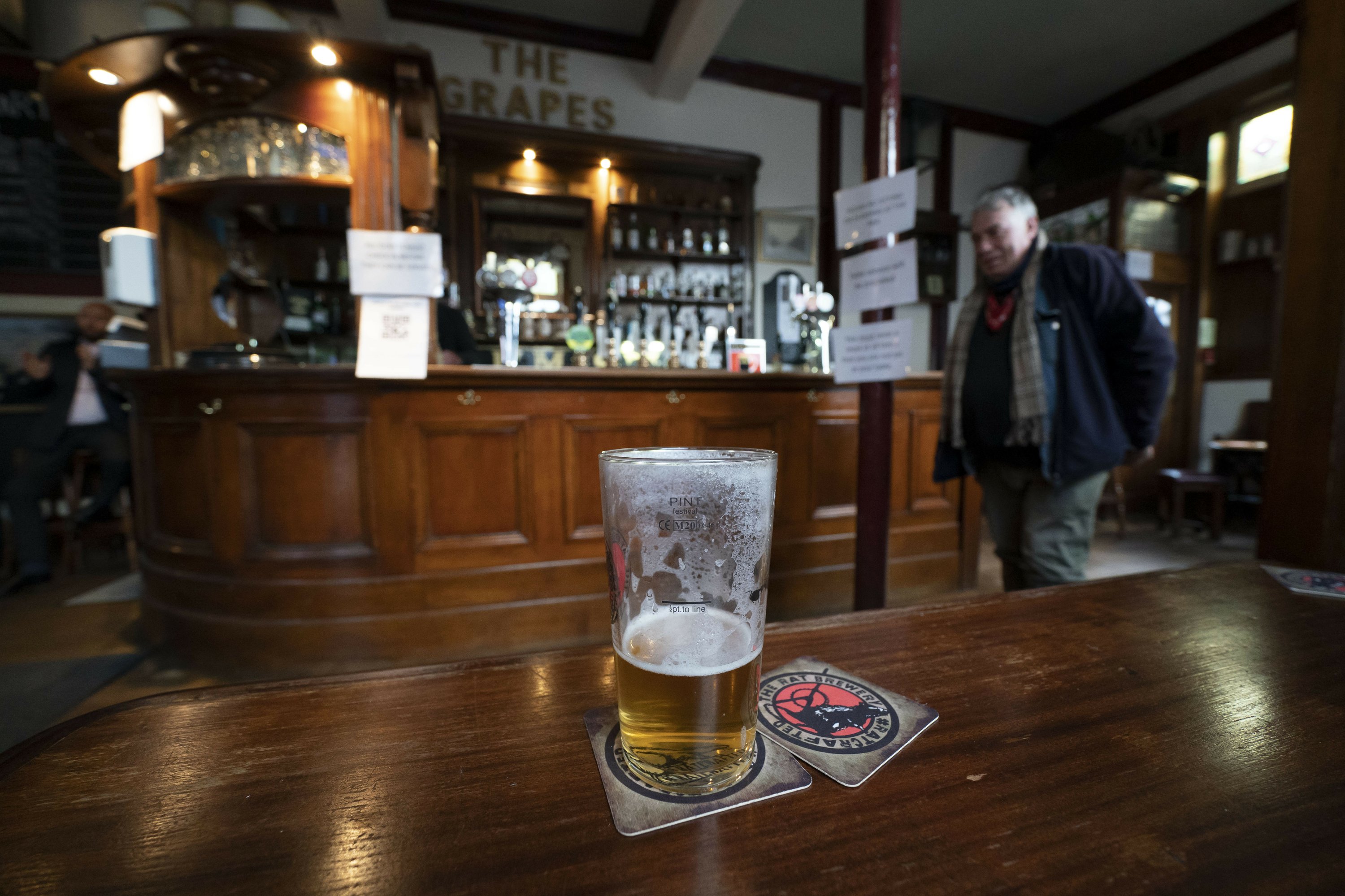 Prime Minister Boris Johnson unveiled the new system Monday in an orchestrated series of events that culminated with an address to the nation. The plan sets out progressively stricter measures to slow the spread of COVID-19 based on local infection rates and put regions into three risk groups: moderate, high and very high.

The new system comes three weeks after the Conservative government’s last nationwide program, which banned gatherings of more than six people and required pubs and restaurants to close at 10 p.m. The government’s scientific advisers at that time recommended that ministers go further, suggesting a two- to three-week national lockdown to short-circuit rapidly rising infection rates.

Communities Secretary Robert Jenrick told the BBC on Tuesday that the government took “robust action” in response to the scientists' advice, but ministers had to balance those recommendations against other impacts.

“The prime minister has to balance protecting people’s lives and the NHS from the virus while also prioritizing things that matter to us as a society, like education and keeping as many people in employment as possible," Jenrick said. "(He also must ensure) that other health risks, like mental health and illnesses, don’t get neglected as a result.”

Britain already has the deadliest outbreak in Europe, with nearly 43,000 reported deaths, and Europe as a whole reported a record number of new cases last week, over 700,000, according to the World Health Organization.

The Office for National Statistics reported Tuesday that the unemployment rate jumped to 4.5% in the three months through August, compared to 4.1% in the period through July, as employers laid off workers in response to the pandemic. There are strong fears that the unemployment rate will jump further when a government jobs-support program ends at the end of the month.

Andrew Hayward, professor of infectious disease epidemiology at University College London, said it wasn't surprising that coronavirus cases had continued to rise since the government chose to implement less restrictive measures than its advisers recommended.

“I think it is very disappointing that we had clear advice — we needed to take decisive action several weeks ago," Hayward told the BBC. “And really, since that time, all we’ve done is send students back, introduced the rule of six, advised people to work from home if possible but not really promoted that in any real way and closed the pubs an hour early.”

Even under the new three-tier system, the Liverpool region was the only part of England to be immediately placed in the highest risk category where the toughest restrictions will be imposed. The “very high” risk tier communities will face restrictions including closing pubs — apart from those that serve meals — and, if local authorities want, other venues such as gyms and casinos.

Many residents complained that the tough restrictions were unfair, singling out Liverpool.

“The whole economy is going to suffer because of it, and I think Boris Johnson has been totally against the Northwest area,” said Marty Hand, 60, as he enjoyed a beer in his local pub. “Everyone in Liverpool is hurt and we feel like scapegoats.”

The opposition Labour Party spokesman on health issues, Jonathan Ashworth, said the government's failure to follow the recommendations of its own advisers was “alarming.”

“Labour warned earlier that the restrictions announced by the prime minister may not be sufficient,'' Ashworth said. “The government now needs to urgently explain why it ignored its own scientists and what it will be doing to get control of the virus.”