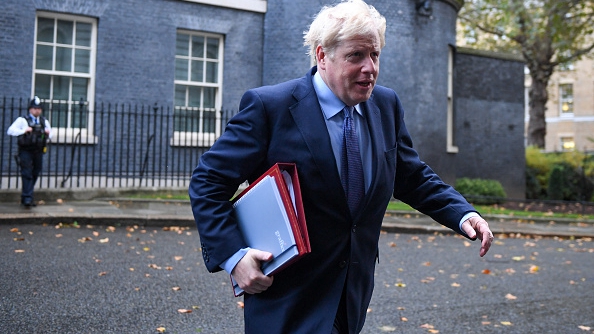 Johnson on Thursday unveiled details to the House of Commons of his plan as part of a government integrated review of foreign, defense, security and development policy.

He said the country's largest military investment in 30 years -- an extra 16.5 billion pounds (about 21.9 billion U.S. dollars) in defense spending over the next four years -- aims to end "the era of retreat" by transforming the armed forces of Britain.

In an interview with Xinhua, Glees, an expert on politics, security and defense, said: "How do I see this? A no-deal Brexit is looming, but even if there is a deal, it'll be so light as to make very little difference. There will be border delays, EU food prices will rise, jobs will be lost."

"That being so, what is there for Johnson to announce other than a modest expansion of the armed forces budget? The question is how is the defense of Brexited Britain best delivered?"

The Downing Street said the new investment will cement Britain's position as the largest defense spender in Europe and the second largest in the North Atlantic Treaty Organization (NATO).

Glees added that Johnson offers new laser weapons and new modes of delivery, pulling together in Space Command, cyber security and an ability to launch a British rocket in 2022, to "prove that Britain doesn't need to be part of the EU space program."

Professor Iain Begg from the London School of Economics and Political Science (LSE) said Johnson had made manifesto commitments and has been battling the British Treasury by raising defense spending.

Begg told Xinhua that future EU-UK security cooperation is vital, but so far it is not receiving much attention in the Brexit negotiations.

Professor Malcolm Chalmers, deputy director-general of the London-based think tank, said: "This increase  -- amounting to between 10 and 15 percent more in real terms by 2024 -- is the largest that defense has received since the early 1980s. This will go down well in the new U.S. administration and with the UK's NATO allies."

Karin von Hippel, director-general of RUSI, said this announcement demonstrates that the UK remains committed to playing an important role on the global stage.