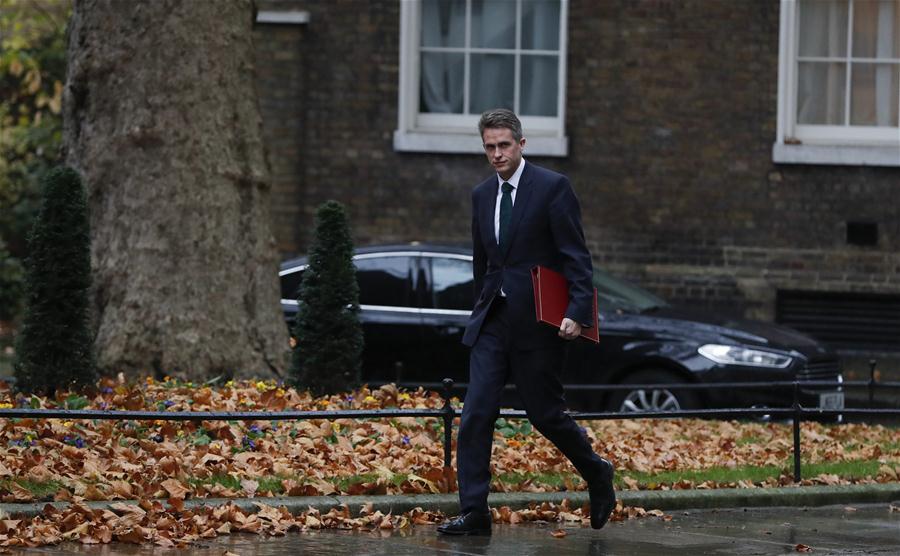 LONDON, May 1 (Xinhua) -- Downing Street said Wednesday in a statement that Defense Secretary Gavin Williamson had been sacked by the Prime Minister for "unauthorized disclosure of information".

A Downing Street spokesperson said, "The Prime Minister has this evening asked Gavin Williamson to leave the Government, having lost confidence in his ability to serve in the role of Defense Secretary and as a member of her Cabinet.

"The Prime Minister's decision has been informed by his conduct surrounding an investigation into the circumstances of the unauthorized disclosure of information from a meeting of the National Security Council.

"The Prime Minister thanks all members of the National Security Council for their full cooperation and candor during the investigation and considers the matter closed."

Williamson has been defense secretary since 2017 in the wake of Michael Fallon's sudden resignation.

The British government has appointed Penny Mordaunt as new defense secretary to replace Williamson. She was previously the international development secretary.

British media said Mordaunt is the first woman to take the role of defense secretary, while Rory Stewart, current Minister of State for the Ministry of Justice, will be the new international development secretary.