Britain insisted Thursday that its plan to ease coronavirus lockdowns in the coming months remained on track, despite a vaccine supply shortfall from India which will hit the inoculation drive in April. 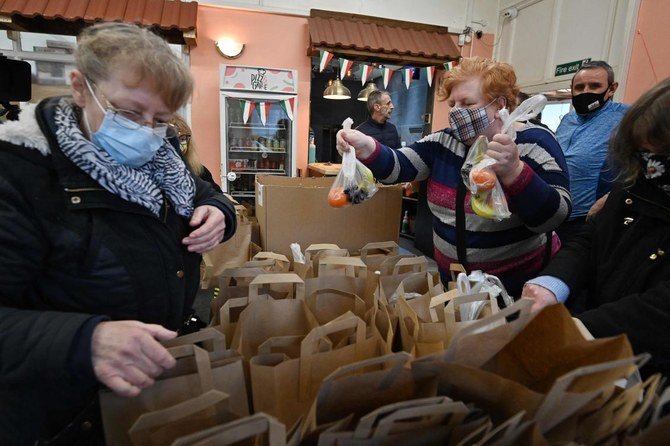 The state-run National Health Service in England has warned in a letter to local vaccination centres that doses will be "significantly constrained" from March 29 for four weeks.

The next phase of the inoculation campaign, covering people in their 40s, will have to be suspended until May, the letter said.

The problem is linked to a delay in getting new jabs from India by UK-based drugs giant AstraZeneca -- the same company whose supply issues have caused anger in the European Union.

"It's a very complex international supply chain and that does mean occasionally we will experience issues and that's what we've experienced right now," cabinet minister Robert Jenrick told Sky News.

But the government was sticking to its target of offering a first dose to every adult by the end of July, ministers said, after Britain on Wednesday said it had surpassed 25 million jabs delivered.

The government's phased easing of its third lockdown in England, which was imposed in January amid a winter surge in caseloads of Covid-19 and resulting deaths, hinges on the success of the inoculation drive.

"There's no reason to believe the roadmap is affected by this temporary shortage in supply," Jenrick stressed of the relaxation plan.

AstraZeneca's jab, developed with Oxford University, provides the bulk of Britain's campaign and a portion of its supply has been produced by the Serum Institute of India, the world's largest vaccine maker.

Health Secretary Matt Hancock confirmed "we have a delay in the scheduled arrival from the Serum Institute of India".

But he stressed the vaccination campaign would continue at a lower pace next month especially for people receiving second doses.

AstraZeneca said its "UK domestic supply chain is not experiencing any disruption", but made no mention of possible problems in India.

A spokesperson for the Serum Institute said: "Five million doses had been delivered a few weeks ago to the UK and we will try to supply more later, based on the current situation and requirement for the government immunisation programme in India."

India is experiencing a three-month high in daily infection numbers.

Britain's current other vaccine provider is Pfizer, which denied any issues with its UK delivery schedule.

Hancock told parliament that jabs from a third supplier, Moderna, were expected "in the coming weeks".

The supply issues are another headache for AstraZeneca after its jab was suspended in several EU countries, pending a review by the European Medicines Agency due later Thursday following isolated cases of blood clots and brain haemorrhages.

The EU meanwhile threatened on Wednesday to invoke emergency powers to block European exports of Covid-19 vaccines to ensure "reciprocity" with other suppliers, urging Britain to send Europe more jabs.

Britain reacted angrily to the threat, with Foreign Secretary Dominic Raab suggesting the bloc was engaging in "brinkmanship", and has dismissed any medical issues with the AstraZeneca vaccine.

Prime Minister Boris Johnson, 56, said on Wednesday he would take it "very shortly".