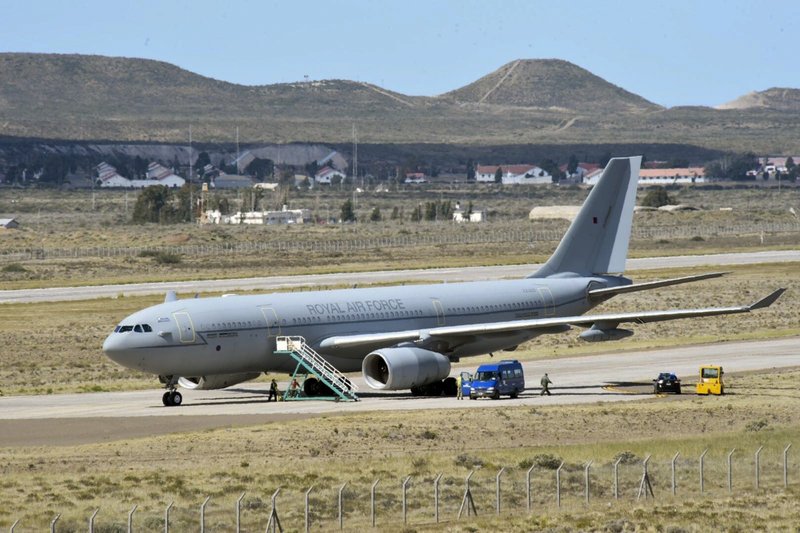 Britain’s Ministry of Defense has deployed another aircraft in the search for a missing Argentine submarine with 44 sailors on board.

The RAF Voyager landed in Argentina on Wednesday, some 35 years after the UK waged a brief war with the country over possession of the Falkland Islands, also known as the Malvinas.

The plane is packed with equipment, including 12 emergency life support pods. It joins HMS Protector, a Royal Navy ice patrol ship; the HMS Clyde, an offshore patrol vessel; and an RAF C-130 in the search.

Argentina’s navy lost contact with the ARA San Juan on Nov. 15 during a routine mission from the port of Ushuaia to Mar del Plata.

Argentina is leading the search while the United States is coordinating the international response.