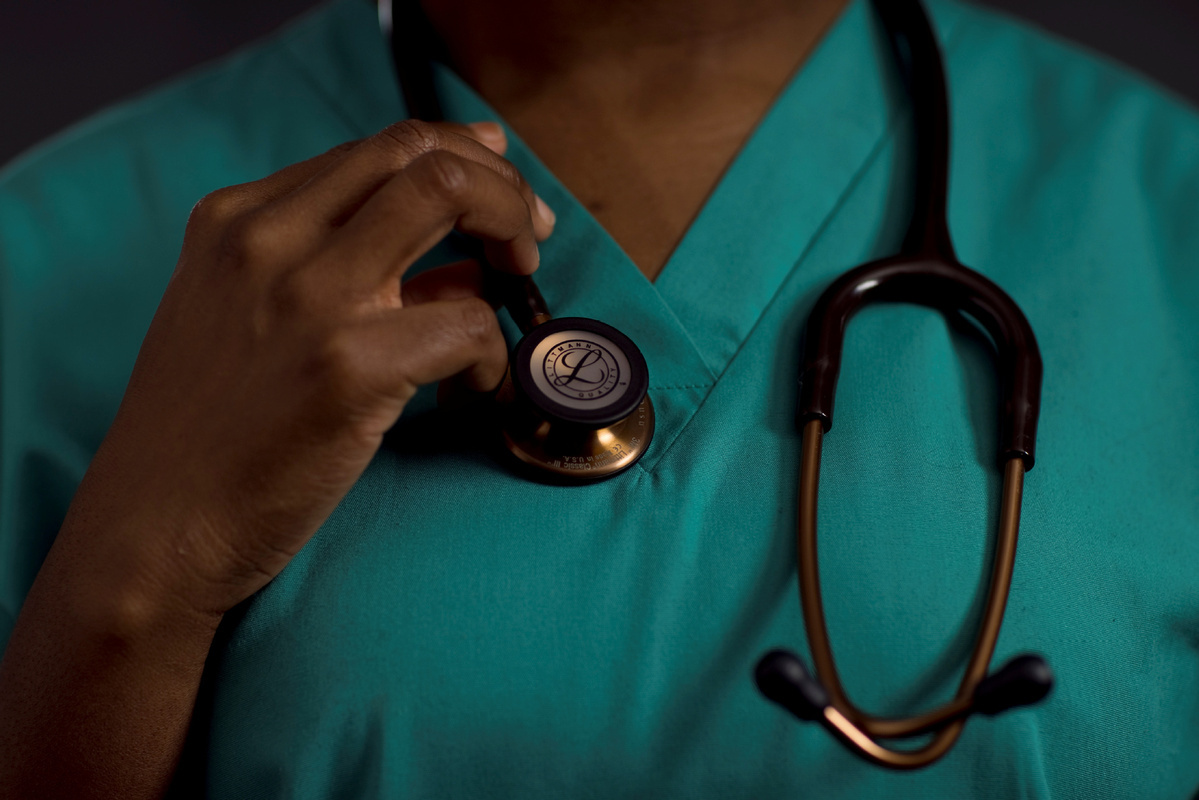 Rahila Dusu, 33, a Junior Doctor at East Lancashire NHS Trust holds her stethoscope as she poses for a portrait ahead of International Women's Day at The Royal Blackburn Teaching Hospital in north west England, Britain, on March 2, 2021. (Photo: Agencies)

Doctors in the United Kingdom are suffering moral distress and moral injury because they feel that they cannot give patients care and support when it is needed, according to a doctors' union.

New research by the British Medical Association, or BMA, revealed the impact the novel coronavirus pandemic has had on levels of moral distress, with 96 percent of respondents experiencing it saying the risk of it had worsened because of the pandemic.

The BMA described moral distress as the feeling of unease stemming from being unable to undertake an ethically correct action due to institutional or resource constraints.

The association surveyed almost 2,000 doctors in the UK during March and April this year and of those doctors who only saw COVID-19 patients, 96 percent revealed they had experienced moral distress, in relation to their own ability to provide care during the pandemic.

"Over time I have seen motivated and energetic colleagues lose hope in change and settle in a state of learnt helplessness where the less-than-ideal status quo is accepted begrudgingly," said Maria Vittoria Capanna, a psychiatry trainee and part of the North Thames BMA Junior Doctors Committee.

"I have seen the strain it can take on colleagues to know they cannot do what they know is best for patients because there simply aren't enough resources or time. I myself have tried to grasp onto the small wins and improvements to continue to advocate for patients and colleagues; but as many will have experienced themselves, the difficulties in putting your head above the parapet can make it a difficult and draining experience," she added.

Meanwhile, the survey found that over half of doctors who responded to a question about causes of moral distress said "insufficient staffing to suitably treat all patients" was one of the leading causes of their moral distress, with "individual mental fatigue" as the second most significant contributing factor.

Moral injury can produce profound guilt and shame, and in some cases also a sense of betrayal, anger and profound moral disorientation, the association said, and it has been linked to severe mental health issues.

More than half of respondents said that moral injury resonated with their experiences at work.

Helen Fidler, deputy chair of the BMA consultants committee, said: "As with many pre-existing pressures on staff in the National Health Service, the COVID-19 pandemic has only exacerbated moral distress and moral injury. Doctors have less autonomy, government support has failed to keep up with patient demand, and we're now at the point where these pressures are driving talented professionals to breaking point, with many staff even leaving the health service because of it."

The BMA found that almost two-thirds of respondents would work fewer hours and over half would consider taking early retirement.