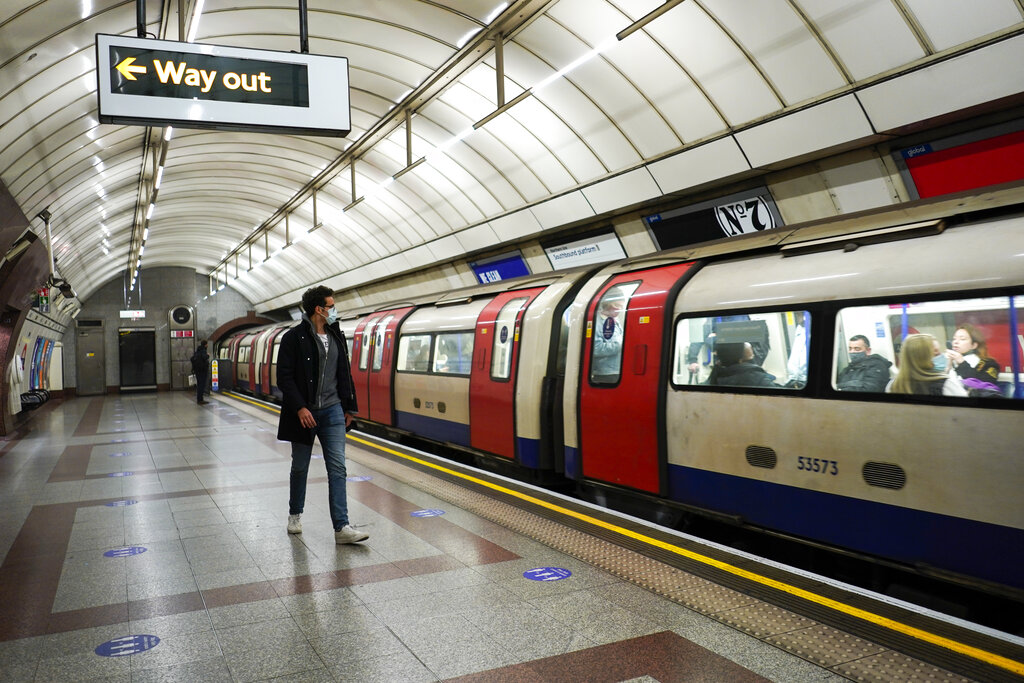 A passenger wearing a face mask walks along the platform as an underground train approaches, in London, Wednesday, May 26, 2021. (Photo: AP)

That was the fastest monthly output for UK gross domestic product since July last year "as government restrictions affecting economic activity continued to ease", the Office for National Statistics (ONS) said in a statement.

Britain's economy had contracted 1.5 percent overall in the first quarter.

April's growth was driven by the service sector, which grew 3.4 percent as consumers once again started to visit physical stores, restaurants and bars and as more children returned to onsite lessons, the ONS said.

Output in the production sector however dropped 1.3 percent during the same month, recording the first fall since January.

And the construction sector contracted 2.0 percent following a strong March.

Since May, the government has further eased restrictions, with people now allowed to eat and drink inside restaurants and bars, having initially been only able to sit outside.

Concerns are meanwhile mounting over whether the emergence of the Delta variant of the coronavirus threatens the UK government's provisional June 21 deadline for further lifting virus restrictions.

The Delta variant, also known as the Indian variant, is now the dominant strain in the UK, according to Public Health England figures. 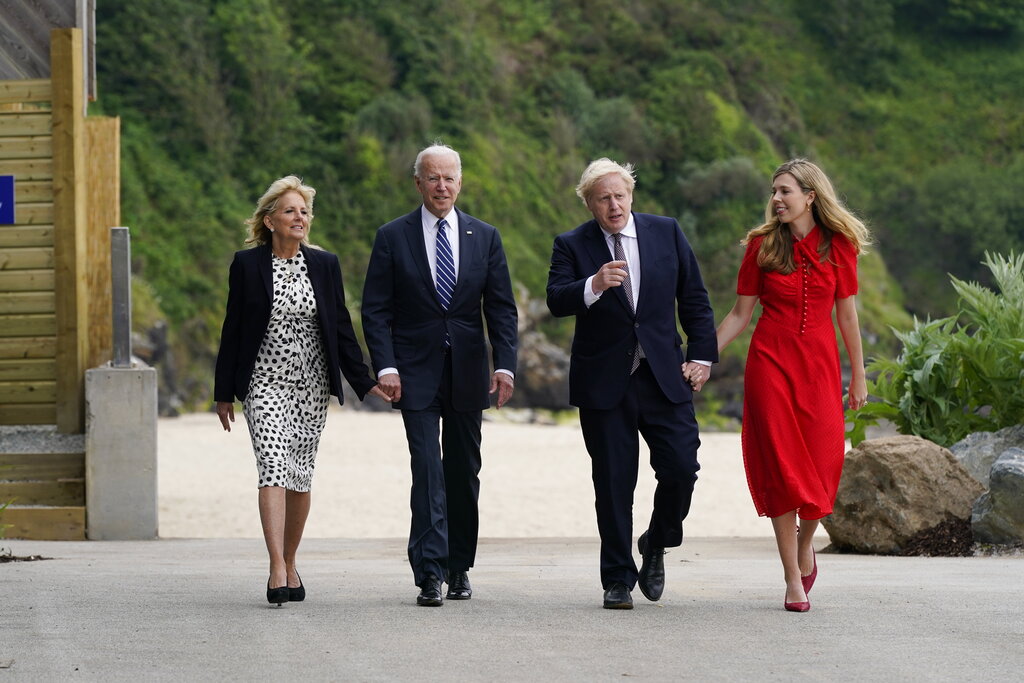 Britain on Thursday said G7 leaders will agree to expand global Covid vaccine manufacturing to provide at least one billion doses to the world through sharing and financing schemes.

The UK, which is hosting the big powers' gathering in southwest England, added it would donate at least 100 million surplus doses within the next year, including five million beginning in the coming weeks.

The announcement came after the United States said it would donate 500 million jabs to 92 poor and lower-middle-income nations.