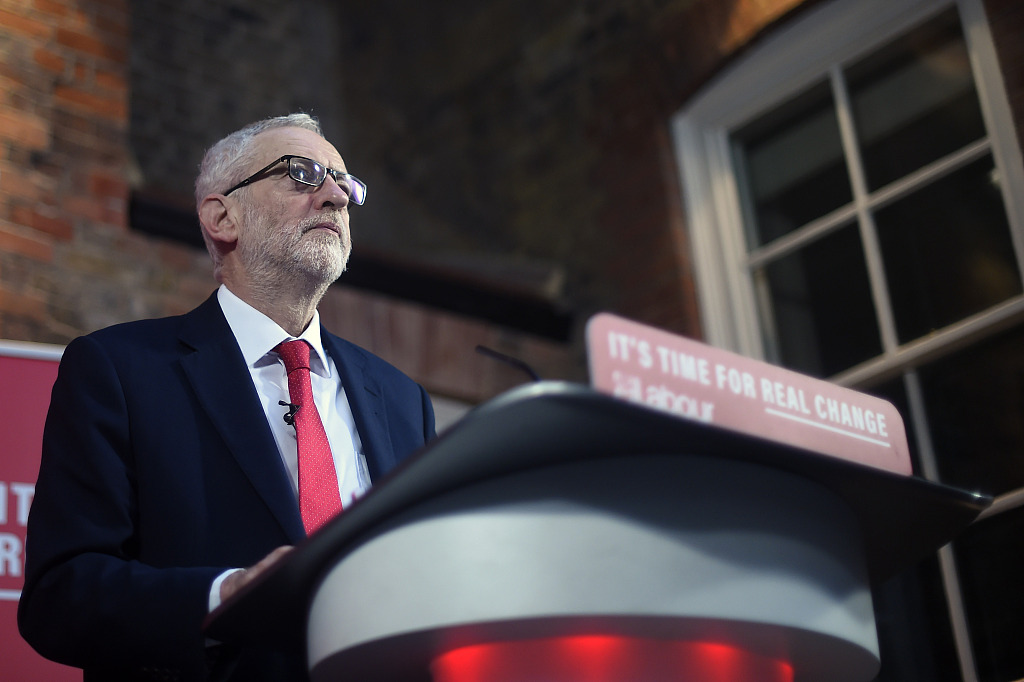 Johnson is hoping to regain the Conservative majority lost by his predecessor Theresa May in the last election, just two years ago, while Corbyn is aiming to upset the odds and usher in the first Labour government for nine years.

Hanging over the election is the issue of Britain's departure from the European Union, which will be thrown into doubt altogether should Johnson fail to achieve a majority.

The prime minister said on Sunday that the impact of Thursday's vote would be "felt for decades".

The high stakes and ideological divisions between Johnson and veteran leftist Corbyn have led to a fractious and personal campaign, with Johnson repeatedly facing questions over his trustworthiness and the Labour leader on the backfoot over anti-Semitism within his party.

The pair traded barbs over Brexit in Friday's final TV debate, but also on other key election themes such as the health service, austerity and terrorism.

A Conservative majority would almost certainly confirm Britain's departure from the European Union, but any other result could lead to a second referendum and the 2016 result being overturned.

The Labour leader is proposing to negotiate a softer form of Brexit if he becomes prime minister to put up against remaining in the bloc in the vote.

Johnson is due to visit Brexit-backing Sunderland, northeast England, on Monday in a final push to lure traditional Labour voters to his side.

"The Labour party has let you down most of all," he was expected to say, according to extracts released by his party.

"Under Jeremy Corbyn, they promised to honour the result of the referendum -– before voting against Brexit every chance they had. They won their seats on a false prospectus and then stuck two fingers up to the public."

Corbyn's main attack line has been to accuse Johnson of opening up Britain's cherished National Health Service (NHS) to US businesses as part of a post-Brexit trade deal with President Donald Trump.

Labour's would-be finance minister John McDonnell will on Monday lay out the early priorities of any future Labour government, including an end to austerity, investment in a "Green Industrial Revolution" and nationalisation of key utilities.

"In too many parts of the country, we have been wasting people's potential," he was due to say.

"That's down to successive governments sitting back and leaving the fate of whole communities at the mercy of market forces."

Corbyn has spent the campaign lagging in the polls, and has yet to show signs of mounting the late surge that he achieved in 2017, which stripped then prime-minister Theresa May of her majority.

Polls released on Saturday showed the Conservatives with an average lead of 10 percent.

Pollsters believe that Johnson needs to be more than six points clear of Labour on Thursday to secure a majority.

The campaign was rocked on November 29 by a terror attack at London Bridge that left two members of the public dead, with police fatally shooting the attacker Usman Khan.

Khan had already been jailed for terror offences, but was released early, leading to tough question for the government.

Johnson said in Friday's debate that he thought it was "wrong" that Khan had been released early, prompting a stinging attack from the father of victim Jack Merritt, who helped run a project to rehabilitate offenders.

"Wake up Britain: this man is a fraud. He's the worst of us," he added. "I'll be voting least worst option: anti-Tory."

Corbyn has also faced uncomfortable moments on the campaign trail, particularly over anti-Semitism.

The US-based Simon Wiesenthal Center, which fights anti-Semitism, on Sunday named Corbyn as the top anti-Semitic person or event for 2019, adding that Britain would become a "pariah" if he becomes prime minister.