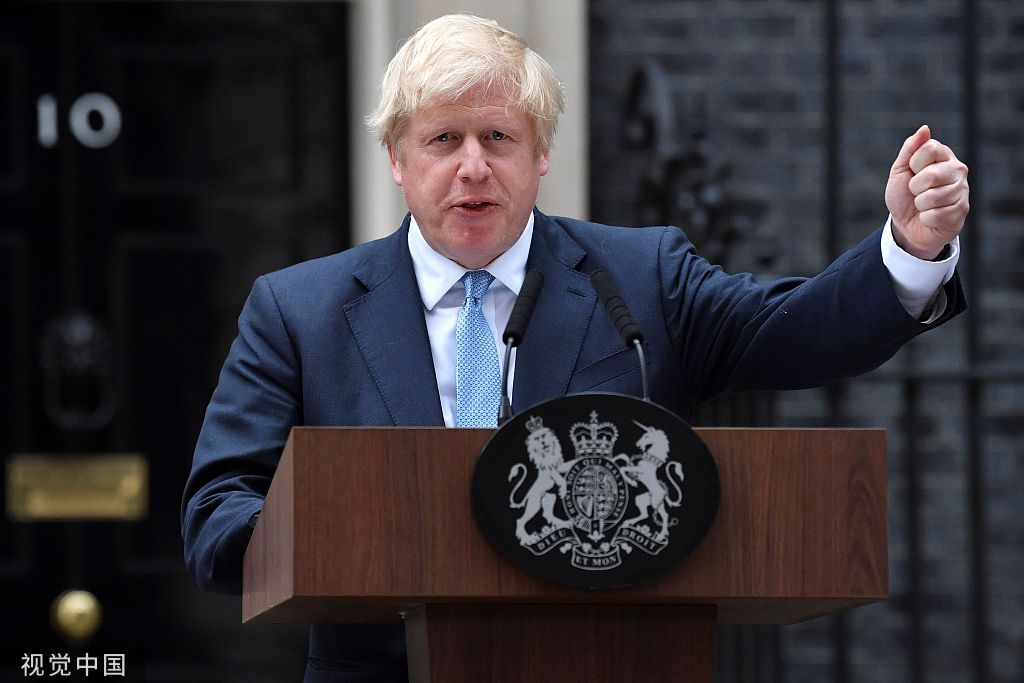 Just three days before Britain's general election, Prime Minister Boris Johnson began a frantic final tour of the nation on a mission to save his Brexit plan amid fears that tactical voting may oust him from Downing Street.

Johnson, seeking to deliver a Conservative majority victory that he says would allow him to execute his Brexit deal to leave the European Union by the end of January, started his tour in the Labour heartlands of the North of England.

In the city of Sunderland — the first area to vote to leave the EU in the 2016 referendum — Johnson warned voters that under a Labour government they face a "great betrayal" on Brexit. He blasted the main opposition party for promising to honor the result then proposing another referendum during its current campaign.

He repeated his pledge to invest heavily in the National Health Service, schools, infrastructure and the police, saying: "We have just three days to make that a reality."

The party says the prime minister is intending to "visit every region in England and Wales" ahead of Thursday's election, with a message that a vote for his party is a vote to "get Brexit done and unleash Britain's potential".

Johnson criticized Parliament, saying that it has "bent every rule and broken every convention as it has delayed, diluted and denied Brexit".

The Labour Party has announced that re-nationalizing public utilities will be among its first priorities in government.

The shadow chancellor used a speech in London to give details, which would include "governing boards" made up of workers, politicians and customers.

McDonnell told voters his first budget, to be held within weeks of a Labour win, would end austerity. He said Labour would get investment flowing to communities that have been "neglected for decades" as part of the party's "green industrial revolution".

Labour said his speech promised to "put British industry back on the map, bringing prosperity to every part of our country".

Polling expert John Curtice told the BBC the Conservatives are on course for a working majority but it was far from certain as tactical voting decisions were always made very late.

The Strathclyde University professor added: "The Conservatives are in pole position to win but not so far ahead that it is guaranteed."

Meanwhile, UK officials have questioned Johnson's claim that Britain will make a clean break with the EU in December 2020, fearing that a new customs arrangement for Northern Ireland may not be ready in time.

Implementing Johnson's Brexit deal, which would see Northern Ireland remain part of the EU customs code, presents a "major" challenge, according to a government document, extracts of which have been seen by the Financial Times.

The document produced by the Department for Exiting the EU, says: "Delivery of the required infrastructure, associated systems, and staffing to implement the requirements of the protocol by December 2020 represents a major strategic, political and operational challenge."

It adds that "delivery on the ground would need to commence before we know the outcome of negotiations", a reference to the wider free-trade agreement that Johnson insists he can agree with the EU in the course of 2020.

The document, marked "Official Sensitive" and titled "Delivering the Protocol by December 2020", concludes by discussing the possibility that the government would not be ready to put in place new systems and procedures to cover trade with Northern Ireland by the end of next year.