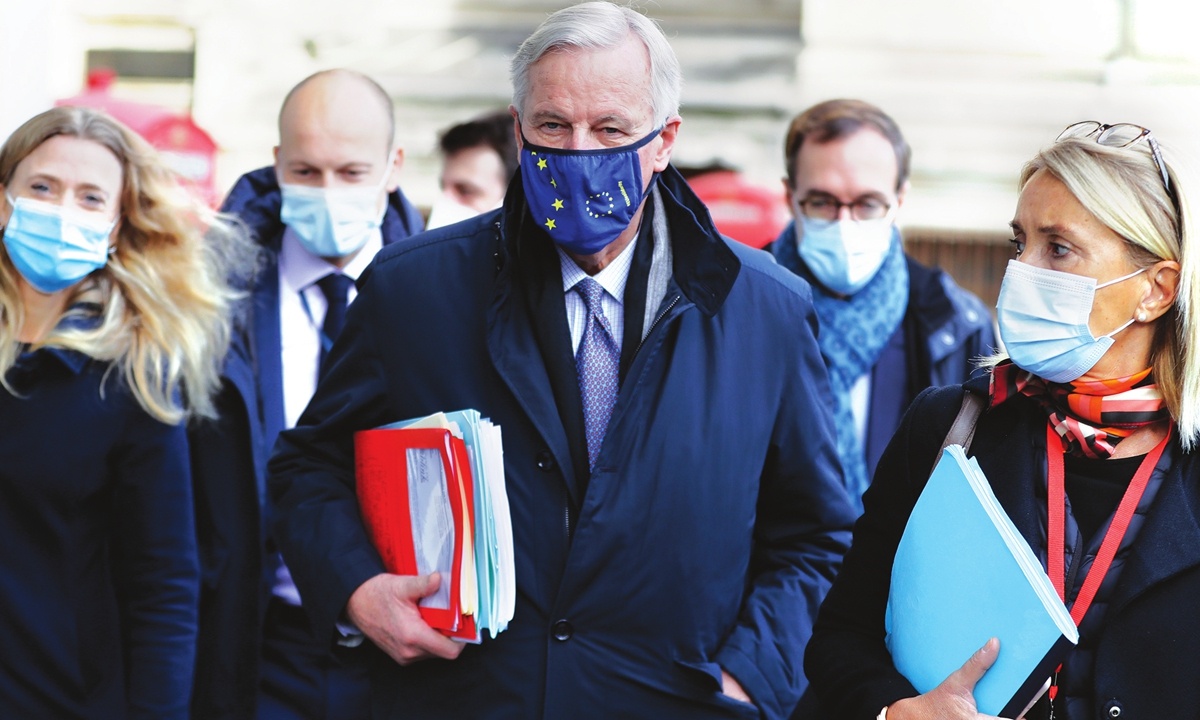 Britain and the European Union resumed crucial negotiations in London on Monday over a post-Brexit free trade deal, with time running short and both sides saying major obstacles remain.

EU chief negotiator Michel Barnier arrived in the British capital late Sunday before another week of talks with his UK counterpart David Frost, as they scramble to find an agreement within weeks.

Britain formally left the bloc in January but remains bound by most of its rules and regulations until the end of the year under the terms of its divorce.

Parliaments on both sides of the Channel need time to ratify any deal struck, leaving scant time for London and Brussels to find a compromise on key outstanding issues. These include agreeing rules for competition between British and European companies and fishing rights and access.

Observers have said they will be cutting it very fine if agreement is not reached by mid-November.

Von der Leyen vowed both negotiating teams would "continue working hard" while Johnson said they would "redouble efforts to reach a deal."

However, neither side has indicated yet that they are willing to make the compromises needed for a breakthrough.

Britons voted to end decades of economic and political integration in 2016 but Brexit has implementing that outcome has proved immensely difficult since.