LONDON, Nov. 7 (Xinhua) -- Negotiators from British and the European Union (EU) will resume talks on a post-Brexit trade deal in London on Monday as "significant differences" remain between the two sides, a Downing Street statement said Saturday. 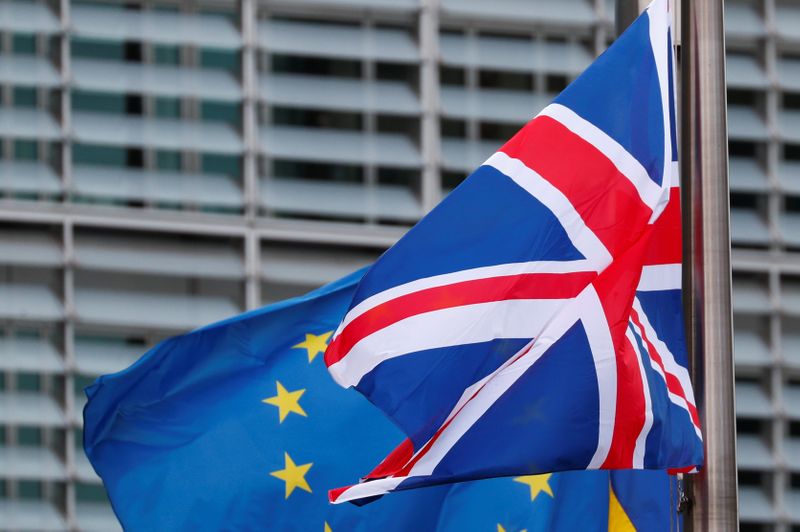 The statement came after a call between British Prime Minister Boris Johnson and European Commission President Ursula von der Leyen on Saturday "for a stock take on the progress in the negotiations".

"The prime minister set out that, while some progress had been made in recent discussions, significant differences remain in a number of areas, including the so-called level playing field and fish," said the statement.

"The prime minister and president agreed that their negotiating teams would continue talks in London next week, beginning on Monday, in order to redouble efforts to reach a deal," it said.

"They agreed to remain in personal contact about the negotiations," the statement added.

For her part, von der Leyen noted that "some progress had been made, but large differences remain".

"Our teams will continue working hard next week," she wrote on Twitter.

Earlier this week, Britain's National Audit Office (NAO) warned of "significant disruption" when the Brexit transition period ends at the end of the year.

Regardless of the outcome of the post-Brexit negotiations for a free trade agreement between Britain and the EU, there will be a significant change at the border in 2021, the NAO said Friday.

The government spending watchdog said in its latest report that while Britain has now left the EU, preparations to manage the border at the end of the transition period remain very challenging.

Britain and the EU started their lengthy and bumpy post-Brexit talks in March after Britain ended its EU membership on Jan. 31, trying to secure a future trade deal before the Brexit transition period expires.