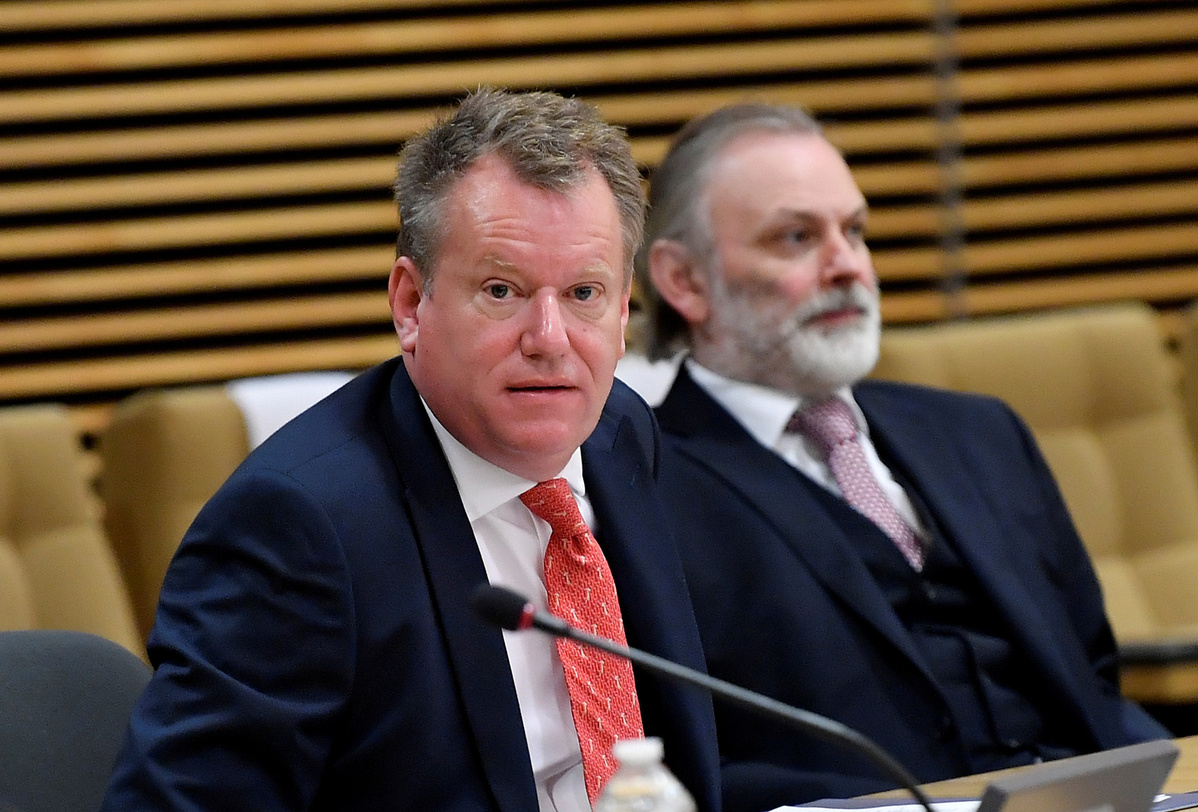 Britain's chief Brexit trade negotiator has reportedly told Prime Minister Boris Johnson that he expects a deal could be reached with the European Union by early next week suggesting there has been "some positive progress" in talks.

David Frost is said to have told Johnson there is a "possible landing zone" between Britain and the EU and to prepare for a deal to be secured by as soon as Tuesday, according to the Sun newspaper.

However, earlier this week the Financial Times noted that Frost had once not been so confident about the likely outcome of the negotiations.

The newspaper recalled that in a pamphlet published ahead of Britain's 2016 Brexit referendum, Frost had warned that in trade talks with the EU "it will be Britain that has to make the concessions to get the deal".

"Britain will be demandeur," he wrote, citing the fact that the UK would be the side pursuing new trade deals after Brexit was confirmed.

The Financial Times pointed out that the position known as demandeur is usually regarded in trade circles as having less leverage.

"After leaving, the UK will have to renegotiate trading arrangements simultaneously with many major countries, including the EU, in a two-year window," he wrote.

"There may not be goodwill," he said, adding that it would be Britain that would likely have to compromise to get a deal over the line.

He continued: "True, other countries will want deals too, but they won't be under anything like the same time pressure and can afford to make us sweat."

Previously the Daily Telegraph had reported that Frost had warned that "we may not succeed" in securing a Brexit trade deal, and insisted he would not be deviating from Johnson's "red lines" on fishing rights and state aid rules.

The UK officially left the EU on Jan 31, but it will not leave the single market and customs union until Dec 31.

Johnson has repeatedly warned that the UK will leave on that date with or without a trade agreement. If no deal were reached the UK would default to World Trade Organization (WTO) rules on Jan 1.

Frost returned to Brussels to continue talks amid increasing concern that an agreement would not be signed.

In social media posts on Sunday, Frost said: "We are working to get a deal, but the only one that is possible is one that is compatible with our sovereignty and takes back control of our laws, our trade, and our waters. That has been our consistent position from the start and I will not be changing it."

He added: "There has been some progress in a positive direction in recent days. We also now largely have common draft treaty texts, though significant elements are of course not yet agreed. We will work to build on these and get an overall agreement if we can."

EU chief negotiator, Michel Barnier, tweeted on Monday that "we remain determined, patient, respectful in efforts to secure a deal. We want our future cooperation to be open but fair in all areas".