British finance minister Philip Hammond said Sunday he would make a point of resigning before Boris Johnson became prime minister, saying he could never agree to his Brexit strategy. 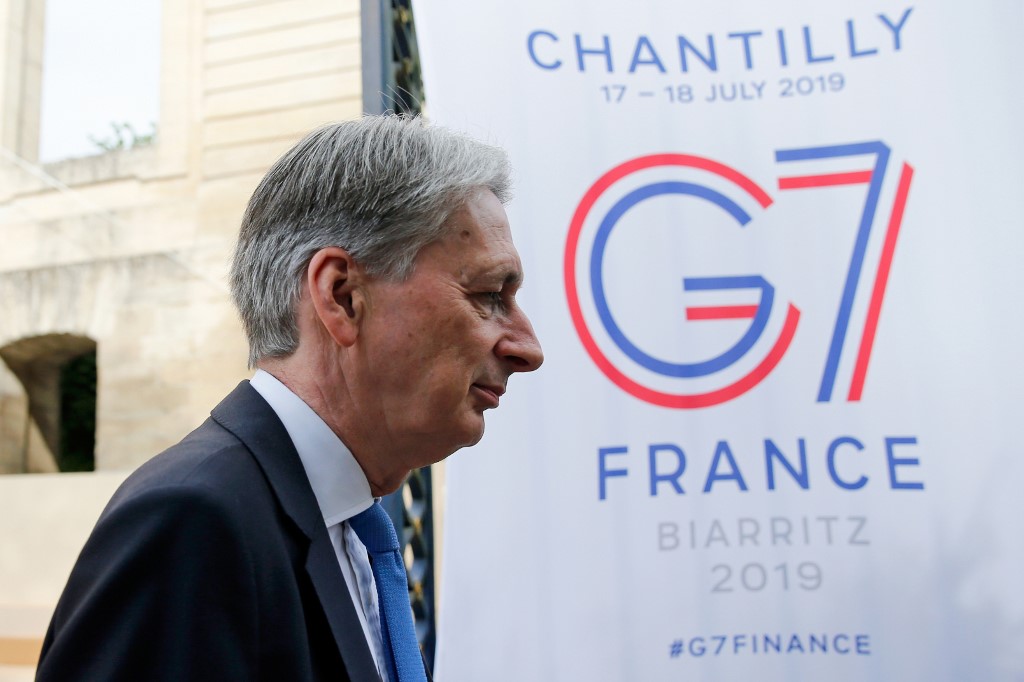 British Chancellor of the Exchequer Philip Hammond leaves after an interview during the G7 Finance Ministers and Central Bank Governors' meeting in Chantilly, near Paris, on July 17, 2019, as part of preparations for the summit in Biarritz. France holds the Presidency of the Group in 2019. (Photo:AFP)

"I'm sure I'm not going to be sacked because I'm going to resign before we get to that point," he told BBC television, assuming that Johnson will be named prime minister on Wednesday.