While Britain's post-Brexit trade deal with the EU has at last been reached, the future of the country's key financial services industry is uncertain ahead of bilateral talks. 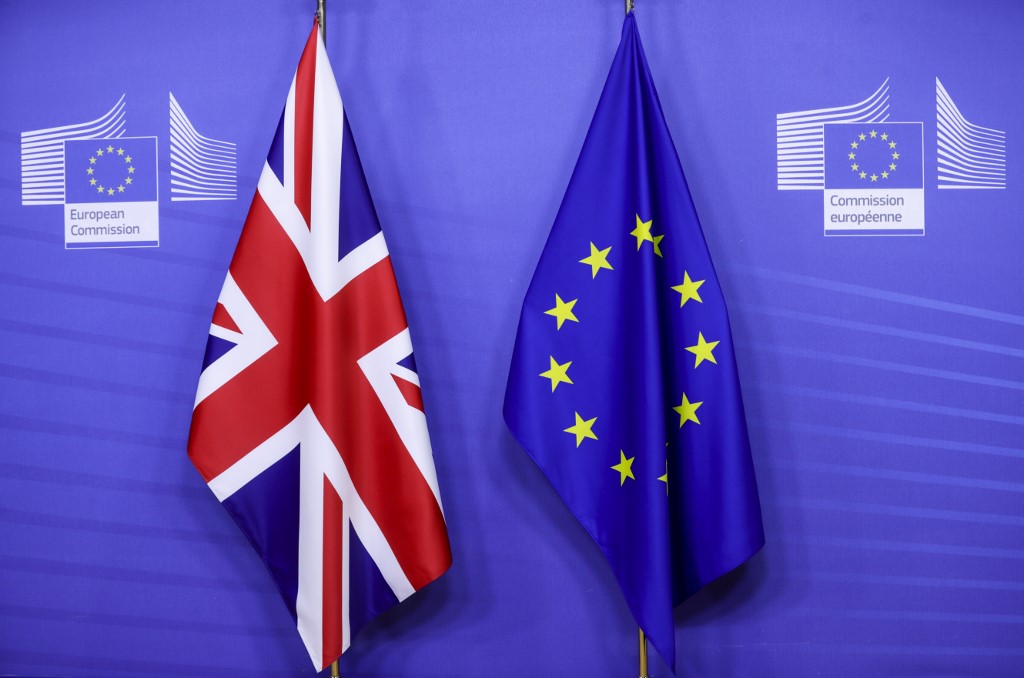 This picture taken on December 9, 2020, shows flags of the Union Jack and the EU ahead of Britain's Prime Minister's meeting on post Brexit trade deal with European Commission President, in Brussels. (Photo: AFP)

London and Brussels finally clinched a deal over Christmas ahead of Britain's formal divorce from the European Union on December 31.

Britain then departed from the EU single market and customs union with effect from January 1. Yet crucially, the agreement -- four and a half years after Britain narrowly voted to leave -- did not encompass the finance sector.

"This (trade) deal is a starting point. We've got months of this to come," Simon Gleeson of law firm Clifford Chance told AFP in reference to financial services.

The 1,200-page post-Brexit agreement gives scant detail about the industry, which is worth about £150 billion ($204 billion, 166 billion euros) per year or seven percent of the UK's annual economic output.

Finance dwarfs Britain's politically-significant fishing industry, which accounts for less than 0.1 percent of GDP and yet was a key factor in delaying the trade deal.

Britain and the EU are now aiming to seal a memorandum of understanding about financial services by March, establishing a roadmap for cooperation, though officials have downplayed its impact.

"We've been working on these issues for a long time," Bailey told a virtual parliamentary hearing on Wednesday.

"We have strong relationships with our partners in the EU... and our joint objective is to keep it that way because it benefits both of us."

From January 1, the UK financial sector lost single market access and its European "passport", a device allowing UK financial products and services to be sold in the EU.

The ability of the financial sector to do business in the bloc now hinges on obtaining equivalence across 59 specific areas.

London has already granted equivalence to EU-based financial firms in a number of those areas.

However, Brussels has so far only granted UK-based financial firms equivalence in just two areas, including derivatives clearing.

Japan was granted more than two under its EU trade agreement -- despite the fact that Britain was instrumental in the creation of the EU's financial legislation.

Yet Brussels remains fearful of divergence that could allow UK companies to undercut and threaten the EU's own financial services sector.

"What Brussels would like is a formal commitment from the UK to regulate in line with the EU regulation," added Gleeson.

"I think we'll see London-based firms backing down from doing business with Europe.

"The mere hope that there might be a deal in four months is not enough."

The European Commission does not appear to be in a hurry because it is currently examining equivalence requests for just 28 specific areas.