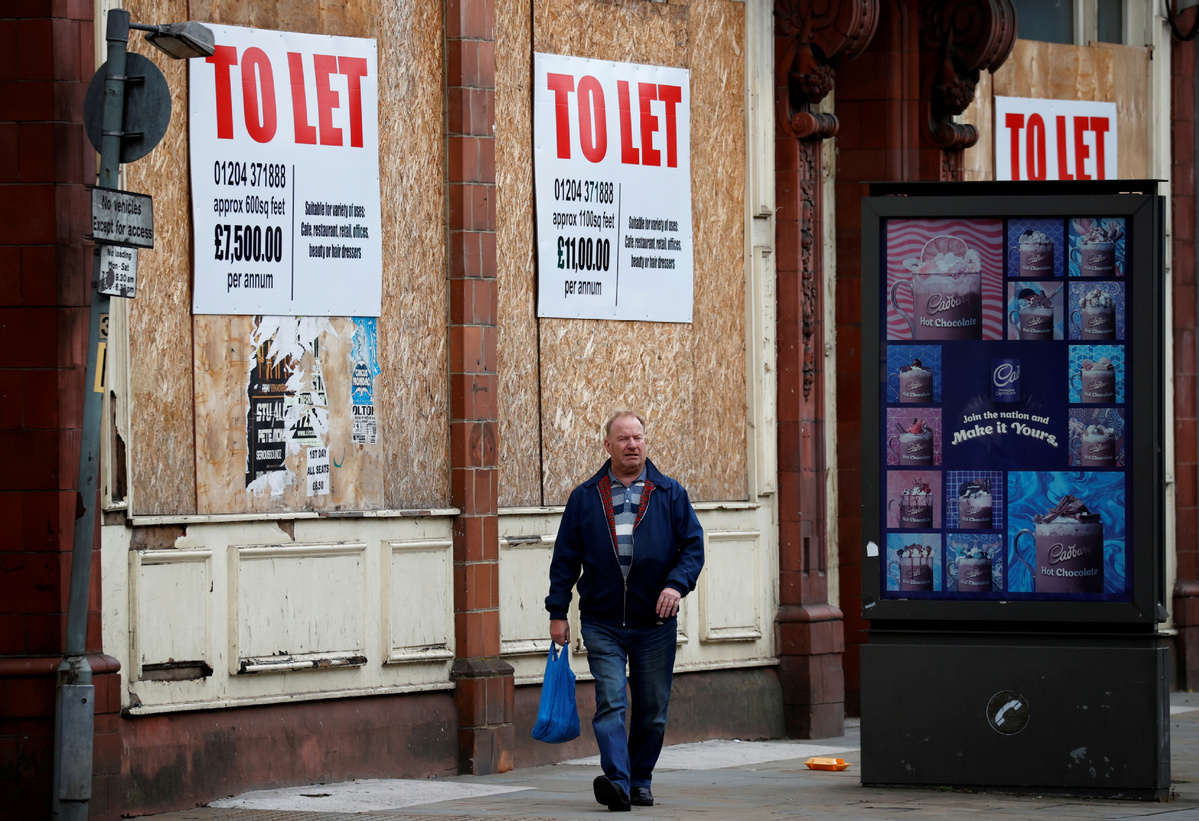 A man walks past a boarded up shop, amid the spread of the coronavirus disease (COVID-19), in Bolton, Britain July 16, 2020.(Photo: agencies)

ONS data showed that the GDP grew by 2.1 percent in August month-on-month, lower than the previous monthly rise of 6.4 percent in July, 9.1 percent in June and 2.7 percent in May, as lockdown measures continued to ease across the country.

"The disappointing 2.1 percent m/m rise in GDP (consensus forecast 4.6 percent) adds to the evidence that the initial rebound in economic activity is running out of steam," said Ruth Gregory, an economist at London-based economic analysis firm Capital Economics.

Despite a successive growth, the level of output in August remained 9.2 percent lower than the levels seen in February 2020, before the full impact of the coronavirus pandemic, said the ONS.

Compared with the GDP in February, the drop was broadly seen across all sectors in August, with services, manufacturing and construction losing by 9.6 percent, 8.5 percent and 10.8 percent, respectively.

Forecasting the economic prospect in the upcoming months, analysts thought it would be a tough challenge facing Britain as further restrictions are expected to be introduced amid the resurgence of the pandemic.

"With new restrictions being imposed, we think that a similar rise in September will be followed by no increase at all in the last three months of 2020," Gregory added.

Another 17,540 people in Britain had tested positive for COVID-19, bringing the total number of coronavirus cases in the country to 561,815, according to official figures released Thursday.

James Smith, a developed markets economist at financial services firm ING, said "we're expecting another, similar-sized GDP increase in September to reflect the reopening of schools and other education settings, but reckon it is fairly likely that October's GDP will go into reverse."