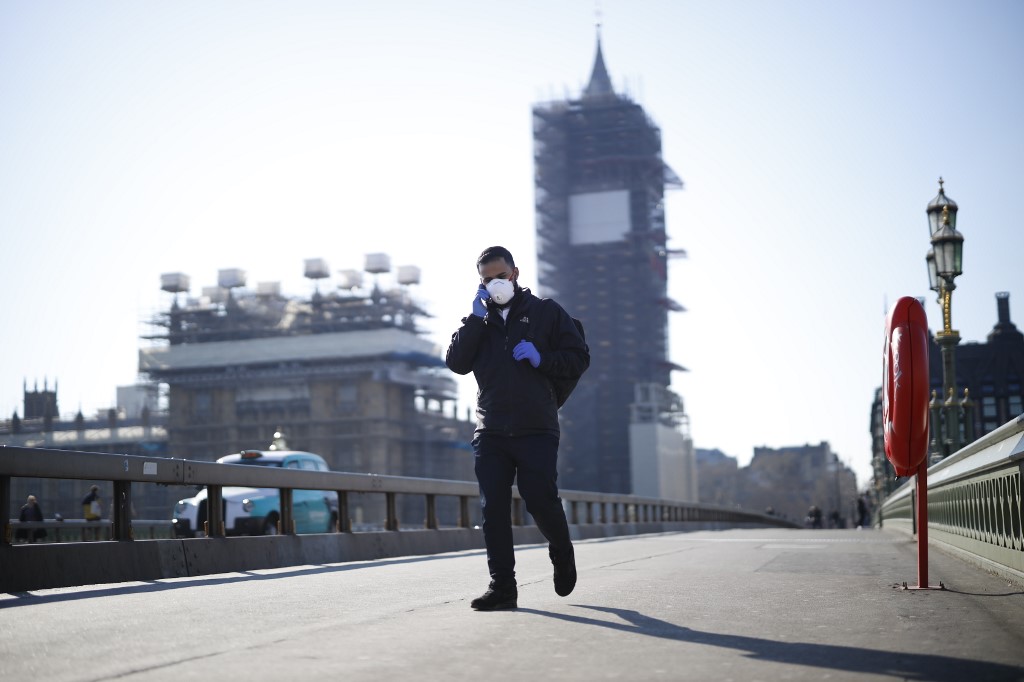 A pedestrian in a mask walk along Westminster Bridge with Elizabeth Tower (Big Ben) in the backgroud, in a quiet central London on March 25, 2020. (File photo: AFP)

At the end of July, total accumulated debt hit £2.004 trillion ($2.61 trillion, 2.2 trillion euros), the Office for National Statistics (ONS) said in a statement.

"This crisis has put the public finances under significant strain as we have seen a hit to our economy and taken action to support millions of jobs, businesses and livelihoods," finance minister Rishi Sunak said in a separate statement.

"Without that support things would have been far worse."