UK government warns it might not hold pivotal Brexit vote

British leader Theresa May's government warned Sunday it might not hold a planned Brexit vote this week unless it feels it can secure a win that avoids a lengthy delay to pulling out of the EU. 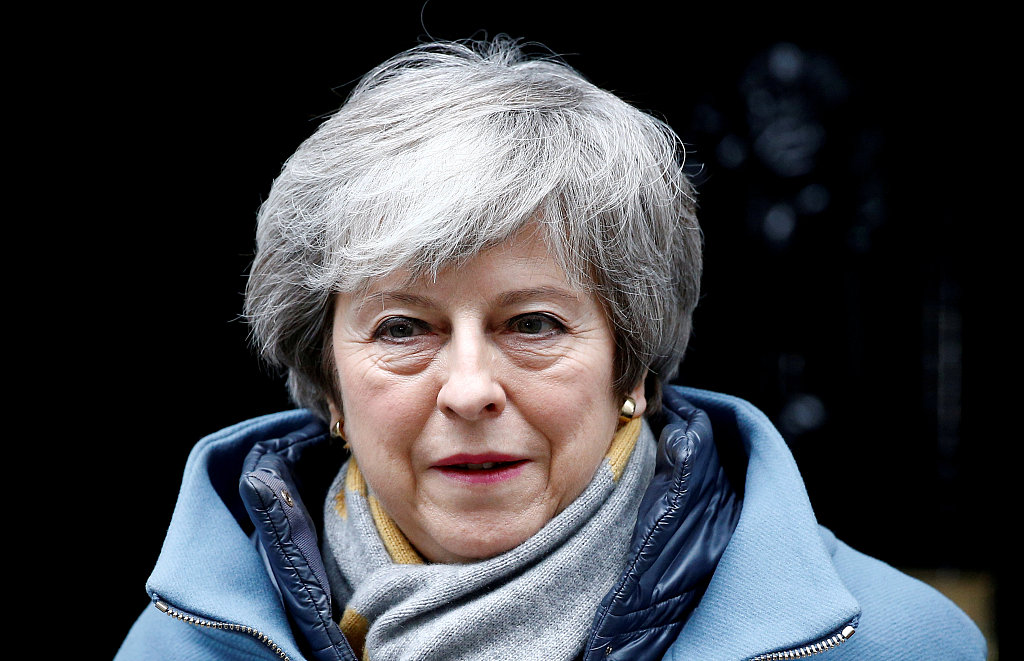 British Prime Minister Theresa May walks outside Downing Street, as she faces a vote on Brexit, in London, Britain March 13, 2019. (File photos: VCG)

London has been paralysed by political inaction and chaos as it barrels toward the March 29 end of its 46-year involvement in the bloc without a plan.

Parliament has twice resoundingly rejected the separation terms May reached with the other 27 EU leaders last year.

She doggedly vowed to bring them back by Wednesday for a third vote that -- if it succeeds -- would see her ask the EU for a "technical" Brexit delay until June.

But May warned on Sunday that another defeat would almost certainly require a delay so long that Britain would have to take part in European Parliament elections in May.

This would mean "we will not leave the EU for many months, if ever," May wrote in The Sunday Telegraph.

Two of her top ministers then warned that May might not even submit her deal for a third vote unless she secures sufficient support from her own party members who had previously voted against it.

"It would be difficult to justify having a vote if you knew you were going to lose it," International Trade Secretary Liam Fox told Sky News.

"We will only bring the deal back if we are confident that enough of our colleagues... are prepared to support it so that we can get it through parliament," finance minister Philip Hammond said on the BBC.

"I mean we are not just going to keep presenting it if we haven't moved the dial," Hammond said. 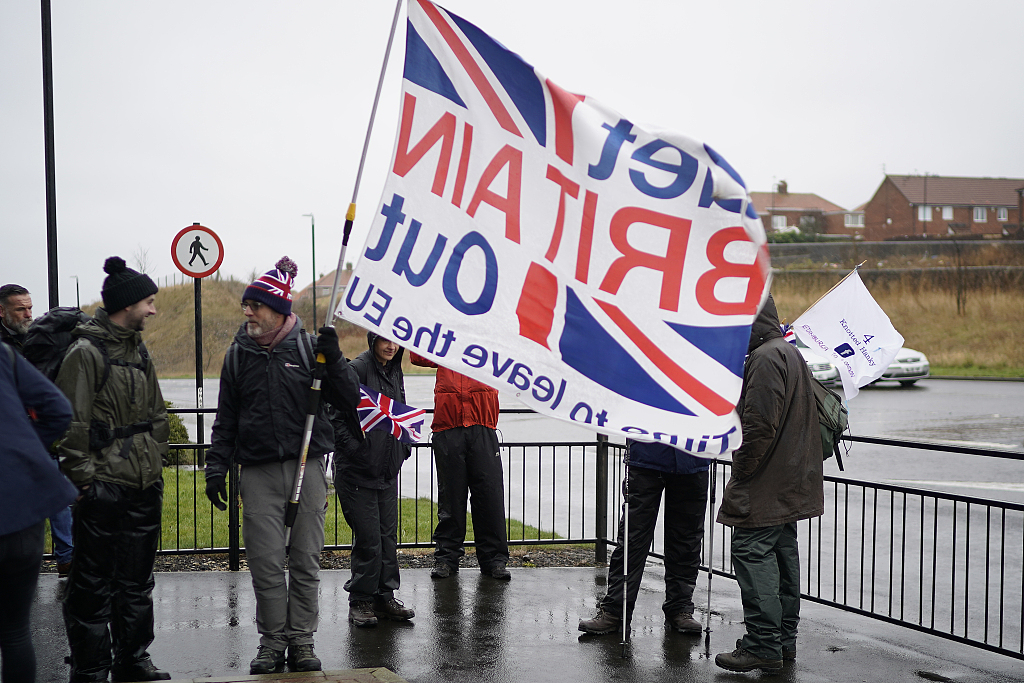 Marchers gather in Grangetown, near Sunderland, at the beginning of the 'March to Leave' walk from the Port of Sunderland on March 16, 2019 in Sunderland, England.

Some European ministers have suggested postponing Brexit until the end of 2020.

A delay that long could give Britain time to decide to either keep much closer EU ties or even have Brexit reversed in a new national poll -- two options welcomed by a range of European officials.

The 27 EU leaders will discuss their Brexit options at a summit on Brussels on Thursday and Friday.

Hammond said the government did "not yet" have the numbers to win.

"It's a work in progress and obviously we are talking to a lot of colleagues about what the way forward is," he said.

May has encountered political resistance from all sides.

And the opposition Labour party has followed an ambiguous policy while pushing for new elections that could topple May.

"We are not supporting Theresa May's deal at all because we think it is a blindfold Brexit that we think is going to do enormous damage to our economy," Labour leader Jeremy Corbyn told Sky News.

Corbyn added that he might come out in support this week of a Labour proposal to have a new referendum after Brexit is postponed.

"It would obviously have to be a credible choice that's real for those that wanted to vote leave, or did vote leave in 2016, as well as those that voted remain," Corbyn said.

Polls show the public remains as split about Britain's place in Europe today as they were during the referendum three years ago.

Most show the pro-EU camp ahead by a few percentage points.

But even some Britons who would prefer to keep their European identities question the democratic merits of having another Brexit referendum.