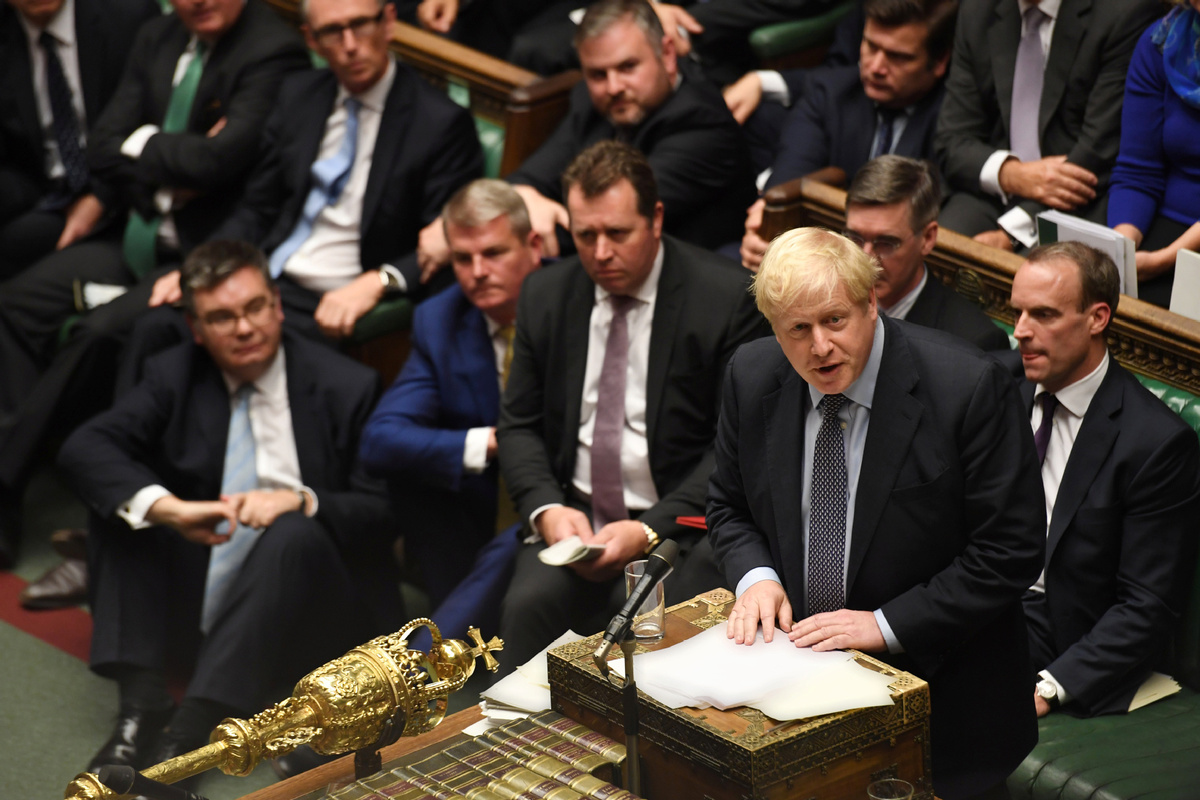 Britain's Prime Minister Boris Johnson speaks ahead of a vote on his renegotiated Brexit deal, on what has been dubbed "Super Saturday", in the House of Commons in London, Britain Oct 19, 2019. (Photo: Agencies)

LONDON - The government will not hold a vote on its Brexit deal on Monday if lawmakers try to make changes to the approval motion, Prime Minister Boris Johnson's spokesman said.

Having been denied a straight 'yes or no' vote on his Brexit deal on Saturday, because lawmakers voted instead to defer that decision, Johnson wants to try again on Monday.

However, the vote can only be held with the agreement of Speaker John Bercow, who may decide it is against the rules to do so because parliament has already considered a motion to approve the deal.