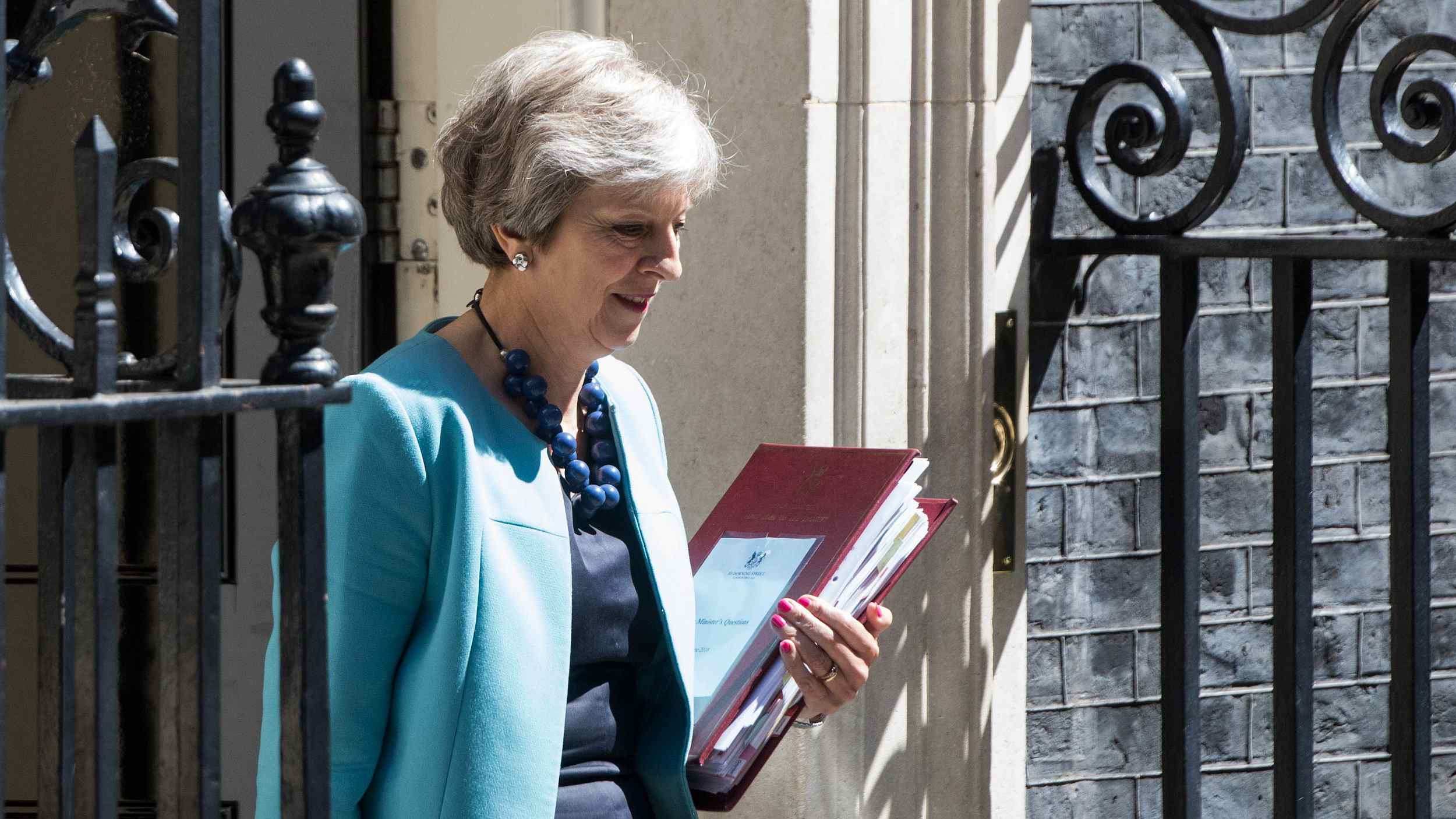 The British government narrowly won a vote against an amendment to its Brexit legislation on Tuesday evening after taking a hardline approach with its own MPs, curbing a fresh crisis over Prime Minister Theresa May's strategy for leaving the European Union.

The fallout from the Brexit plan announced by May almost two weeks ago has hit her Conservative Party hard, however. The proposal has led to multiple resignations from government, and deepened the split in the party between pro-Brexit and pro-EU MPs.

A YouGov poll for The Times newspaper, published on Wednesday, showed the Conservatives five points behind the opposition Labour Party. In 10 polls from the same organization before May's plan was announced, her party held an average lead of 3.5 points.

The latest poll, which puts Labour on 41 percent and the Conservatives on 36, also showed support for a second referendum at 40 percent, the highest level recorded by YouGov.

Former prime minister Tony Blair joined calls for a second referendum on Tuesday, telling AFP the government's approach to Brexit is "a total and complete mess."

"Once this thing has been started by a referendum it can frankly only be finished by a fresh vote," the 65-year-old said, adding that May's "incomplete half-in half-out" plan pleased no one and was unlikely to be accepted by Brussels.

MPs voted 307 to 301 on Tuesday against an amendment to trade legislation in a vote that was seen as a test of May's ability to deliver a smooth British exit from the EU and keep her job.

One Conservative lawmaker present told Reuters that the party had threatened to call a confidence vote in May if she lost, a move that could bring down the government.

The amendment would have required the government to try to negotiate a customs union arrangement with the EU if, by January 21, 2019, it had failed to negotiate a frictionless free trade deal with the bloc.

By prevailing in Tuesday's vote, May temporarily dodged the prospect of having to go back on her word that Britain will not be part of any customs union after leaving the EU – something that would have enraged the pro-Brexit wing of her party.

The issue of retaining a form of customs union – which pro-EU MPs see as vital to preserving industrial and commercial supply chains – is likely to return, however.

The government did suffer defeat on a separate amendment, which means it will now be required to seek continued participation in the European medicines regulatory framework.

May is expected to face many more challenges to her Brexit strategy after a summer break. Any final deal with the EU will also require ratification by a bitterly split parliament.

The prime minister will be back in the firing line on Wednesday when she takes questions from lawmakers in parliament before appearing in front of a parliamentary committee, and then leading a Conservative Party meeting.

The prospect of continued drama in parliament and doubts over the future of May's "white paper" Brexit plan – which is itself only a starting point for talks with the EU – is testing the patience of businesses that depend on cross-border trade.

"We can't rely on anything," Warren East, CEO of UK engine maker Rolls Royce, told Reuters. He said his firm could start stockpiling parts soon if it looked like Britain was heading towards a disorderly exit from the EU.