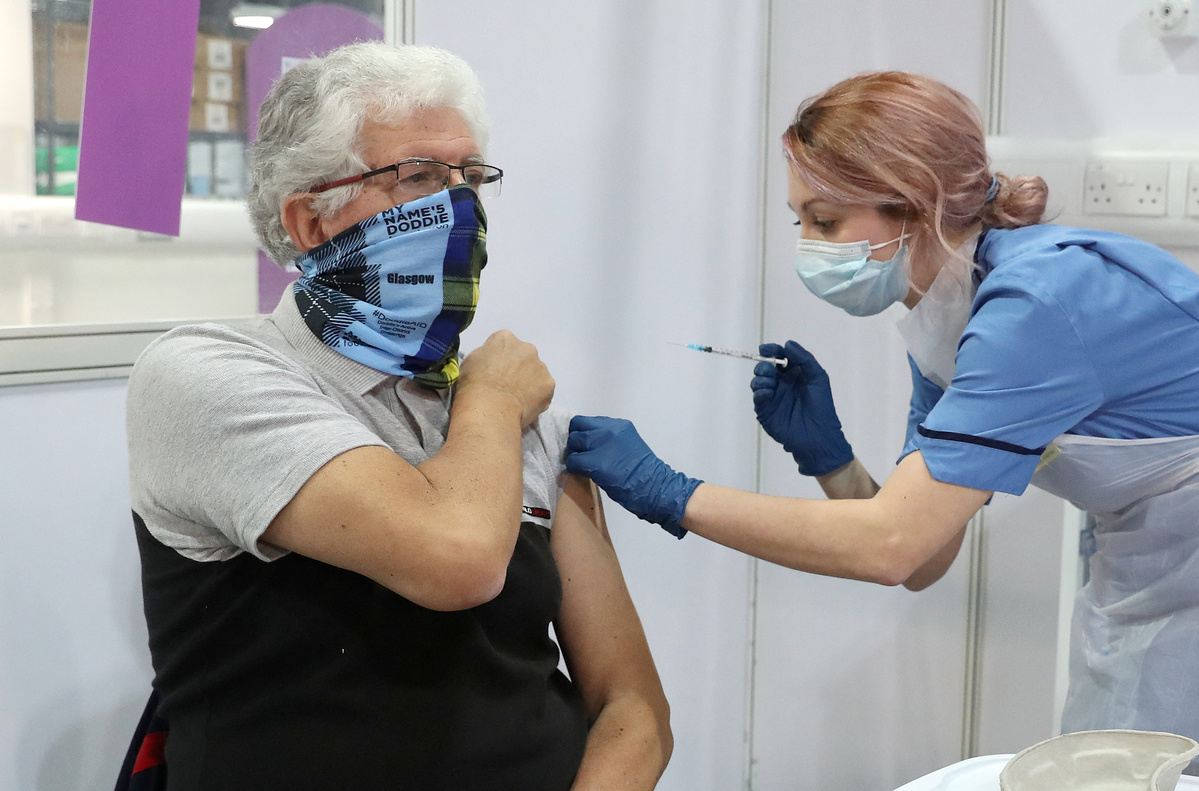 LONDON－The United Kingdom's coronavirus vaccination program had covered all its main target groups of vulnerable people, it said on Sunday, hours after New Zealand, so far largely spared by the pandemic, put its largest city into lockdown.

"This country has achieved an extraordinary feat," he said in a video message posted on Twitter.

Britain met its aim of vaccinating everyone in four priority groups:Those over 70, care home residents and staff, health service workers, and the clinically vulnerable.

In its next step, the country on Monday introduced mandatory regulations for all UK citizens to self-isolate in approved hotels for 10 days and take several COVID-19 tests when they arrive from dozens of "high-risk" countries.

The measures came after three members of an Auckland family tested positive for a variant that was first found in the UK. Authorities were concerned about the "new and active" infections as there was no obvious source of transmission.

Almost 2 million residents were told on Sunday to stay at home from midnight, with schools and businesses to close except for essential services.

"I know we all feel the same way when this happens－not again," Ardern said. "But remember, we have been here before, that means we know how to get out of this－together."

The Pacific island nation has been widely praised for its handling of the pandemic, with just 25 deaths in a population of five million.

With growing concern over more contagious variants, the European Union had agreed to fast-track approval of vaccines updated to target them, EU Health Commissioner Stella Kyriakides said on Sunday.

The EU's vaccine rollout has been snagged by delays and controversies, leaving it lagging behind the United States, Britain and Israel.

Germany on Sunday mobilized a thousand police officers for strict checks at its border with the Czech Republic and Austria's Tyrol region.

At the Kiefersfelden crossing in southern Bavaria, masked officers in yellow high-visibility jackets were out in sub-zero temperatures, stopping each vehicle from Austria.

The restrictions are aimed at slowing the spread of more transmissible variants first identified in the UK and South Africa, which have created new virus hotspots along the Czech border and in the Tyrol region.

But Kyriakides condemned the German measure, saying vaccines and following preventive measures were "the only things that work".

The virus has killed at least 2,381,295 people since the outbreak emerged, according to a tally by the World Health Organization as of Monday night Beijing time.