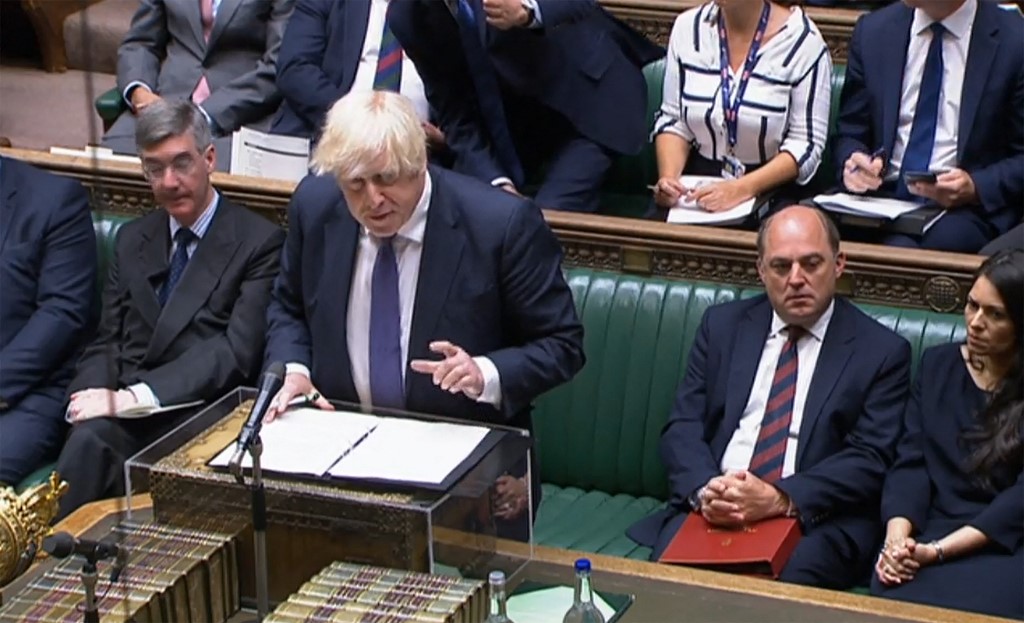 A video grab from footage broadcast by the UK Parliament's Parliamentary Recording Unit (PRU) shows Britain's Prime Minister Boris Johnson speaking at the despatch box during an extraordinary session of parliament called to discuss the collapse of the Afghan government in the House of Commons in London on August 18, 2021. (Photo: AFP)

Britain has evacuated more than 2,000 Afghans since the Taliban takeover, Prime Minister Boris Johnson told lawmakers on Wednesday, as parliament was recalled to discuss the crisis.

"We have so far secured the safe return of 306 UK nationals and 2,052 Afghan nationals as part of our resettlement programme," he said, adding that 2,000 more Afghan applications were complete, and "many more" being processed.