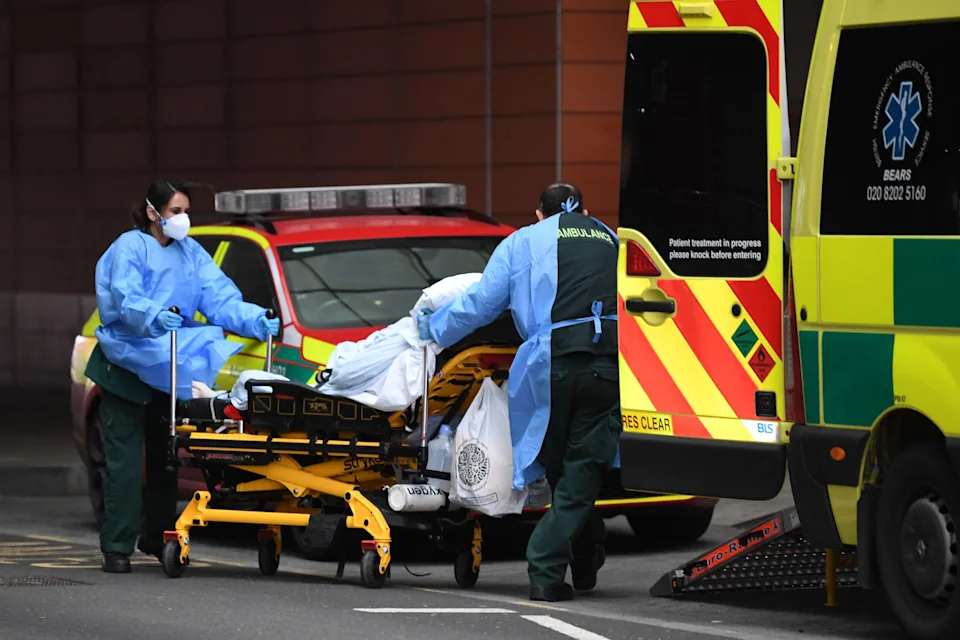 Britain's health secretary Thursday denied lying to colleagues and the country over his handling of the coronavirus pandemic, after a scathing broadside from Prime Minister Boris Johnson's former top adviser.

The attack from Dominic Cummings -- who also called Johnson "unfit for the job" -- raised new questions about whether tens of thousands of people died needlessly because of government incompetence and dishonesty.

Health Secretary Matt Hancock "should have been fired for at least 15, 20 things" after "lying to everybody on multiple occasions, in meeting after meeting in the cabinet room and publicly", Cummings said in testimony to MPs.

Hancock claimed in May 2020 to have thrown a "protective ring" around care homes -- but the main opposition Labour party noted that 30,000 elderly residents have died of Covid-19 and 20,000 older patients were discharged from hospitals without testing.

It also highlighted Cummings' claim that the health secretary had dishonestly blamed the National Health Service for the government's failure to procure adequate personal protective equipment for frontline medics.

The "unsubstantiated allegations around honesty are not true", Hancock said in parliament.

"I've been straight with people in public and in private throughout, every day since I began working on the response to this pandemic last January (2020)," he said.

Hancock received backing from colleagues including senior minister Michael Gove, who told parliament that the health minister has "been doing a great job" and is a "dedicated public servant".

Downing Street has also stood by Hancock, insisting Johnson retains confidence in him.

But the prime minister himself faces questions over whether, as claimed by Cummings, he refused to take the pandemic seriously, ignored scientific advice at a key point, and was obsessed by personal issues and media coverage.

"Tens of thousands of people died who didn't need to die," Cummings, an abrasive political strategist who masterminded Brexit, said during his excoriating account on Wednesday.

Coronavirus has claimed nearly 128,000 lives in the UK -- the fifth-highest official death toll in the world, and the highest in Europe.

But Johnson's government has also overseen a successful vaccination drive, having offered more than two-thirds of adults at least one dose.

However, scientists say the progress is threatened by the rapid growth of a Covid variant that first emerged in India, which could imperil the government's plans to fully reopen the economy after June 21.

Hancock said ministers were "desperate" to stick to the timetable, "but only if it is safe" once more data on the variant comes through.