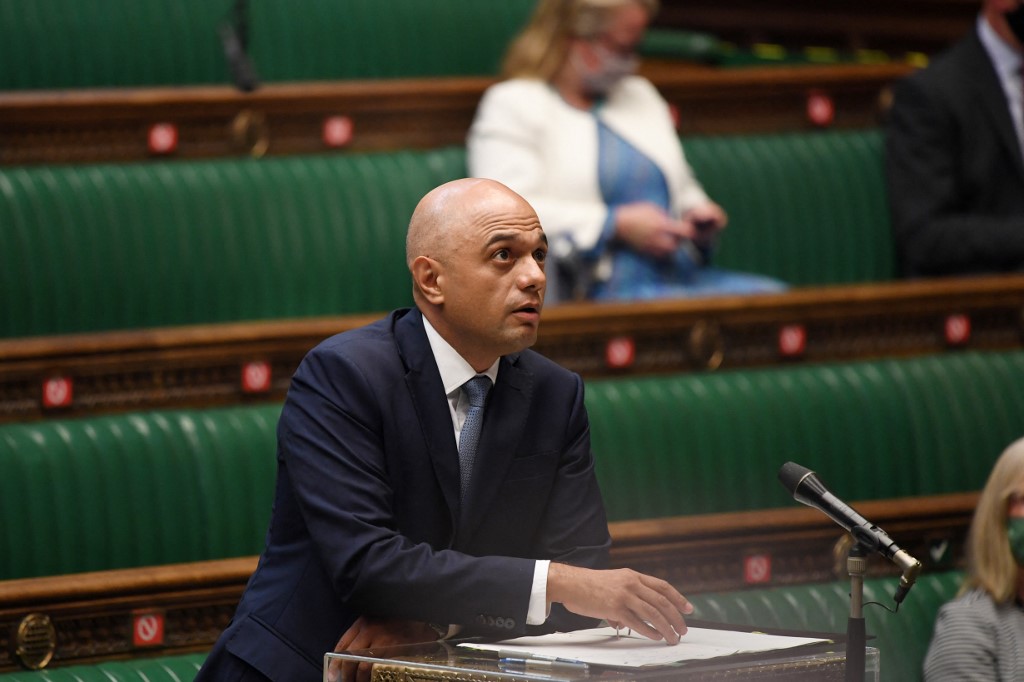 He said on Twitter that he has had two jabs of the vaccine and his symptoms are "mild". He is now self-isolating at home with his family.

"Please make sure you come forward for your vaccine if you haven't already," he said.

Javid became the British health secretary following the resignation of Matt Hancock last month. Hancock broke COVID-19 social distancing guidelines during an alleged affair with his aide, which reportedly caused an outrage in the country.

The British government has confirmed that most COVID-19 restrictions in England will end on Monday as part of the final step or Step Four of England's roadmap out of the lockdown. But scientists have warned that lifting all restrictions at this stage could increase likelihood of dangerous variants.

More than 87 percent of the Britain's adults have received one dose of COVID-19 vaccine, while over 67 percent have received two jabs, the latest figures showed.