WORLD UK in a quandary as TikTok pivots to Europe

UK in a quandary as TikTok pivots to Europe 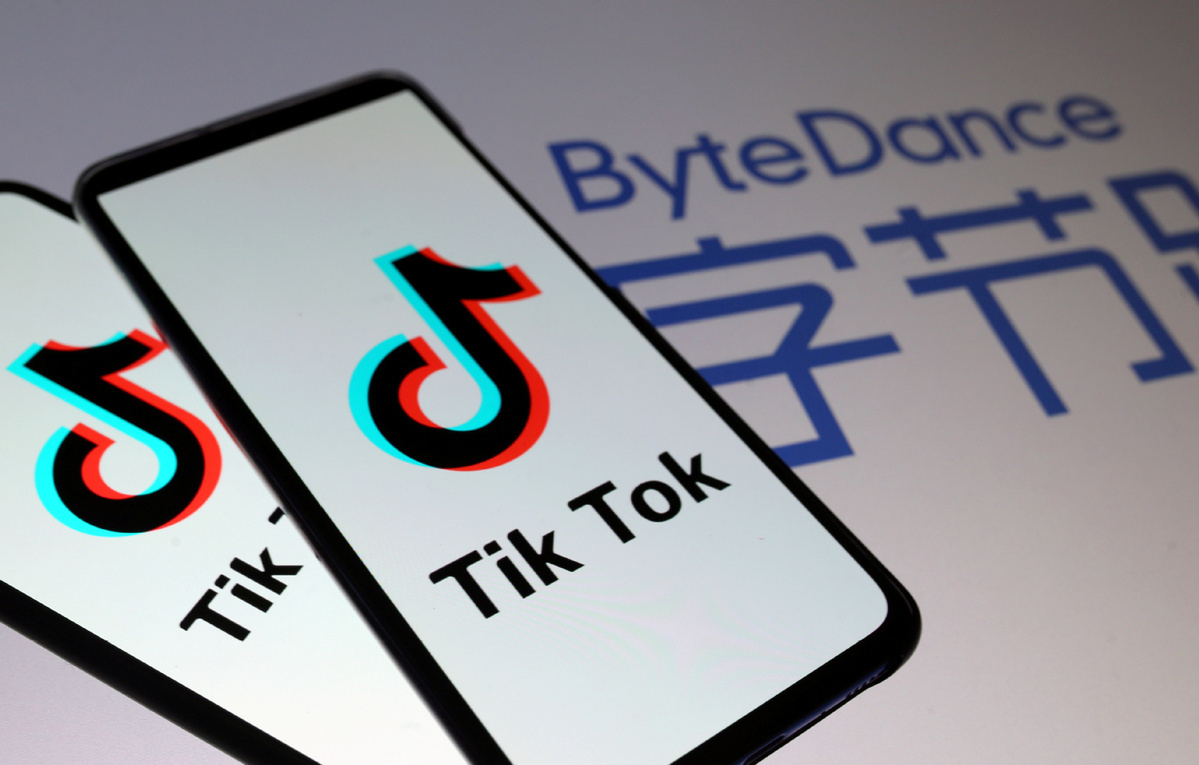 In a recent post on her TikTok account, 19-year-old English makeup artist Abby Roberts can be seen energetically knocking on an imaginary door. She is smiling, yet obviously frustrated, because no-one will open up.

"Me trying to get a job if they ban TikTok," reads the caption on the looped video, in reference to calls to block the app from some politicians in Britain and the United States.

She is mainly joking. Over the last few years Roberts has become a social media sensation and she is unlikely to struggle to find collaborators for the foreseeable future. The point she is making, though, is that TikTok is by far the most valuable platform from which she communicates with her fans. She has 10 million followers on TikTok, versus 2.1 million on Instagram and 286,400 on Twitter.

It is a similar story for many in Roberts' generation in the United Kingdom, who would tell you that TikTok is their favorite out of all the social media platforms.

TikTok has experienced unprecedented growth since it was launched by Beijing-based internet company ByteDance in 2017.In the first three months of this year, the app crossed 2 billion installs after generating 315 million downloads, the most for any app ever in a single quarter.

The app's success means it is now the latest Chinese-owned technology giant to be targeted by Washington and a small yet vocal clique of Conservative members of Parliament in the UK.

This hostility triggered Byte-Dance to consider a buyer for its operations in the US, Canada, Australia, and New Zealand, with Microsoft emerging as the supposed frontrunner. Trump has since made the unusual demand that part of the funds from any sale should go to the US Treasury.

"It's all very bizarre," Matthew Howett, principal analyst at London-based technology analysts Assembly Research, told China Daily. "Trump is almost behaving like a big tech firm in the way that he is trying to take out a competitor to US big tech."

As the global version of Chinese app Douyin, TikTok has offices in a dozen cities around the world. The company has announced that it plans to set up new international headquarters outside of the US, and recent media reports have tipped London as the likely location. This week the company also revealed plans to build a new 420-million-euro ($497 million) data center in Ireland, its first such facility in Europe.

This pivoting of TikTok's major operations away from the US and toward Europe has been welcomed by some, eager for the investment and jobs the company will bring.

"The UK is a fair and open market for investment where it supports UK growth and jobs," a Downing Street spokesperson said on the issue earlier this week.

But the potential move has also worried some within the ruling Conservative Party, who likely fear that dealings with TikTok will anger UK allies. Conservative MPs Iain Duncan Smith, Bob Seely, and Tom Tugendhat have all voiced their concerns over TikTok. The same three MPs led a revolt against Johnson's administration earlier this year when the government announced plans to allow Huawei to build 5G infrastructure in the UK. That decision has since been reversed.

"TikTok is as much of a threat to the UK as Huawei," Iain Duncan Smith said on Twitter. "The service should be banned because of its proximity to Chinese intelligence services."

TikTok has denied that it shares user information with intelligence agencies, and ByteDance has emphasized that data for users outside of the Chinese mainland is stored in the US and Singapore.

In many ways London would be a great fit for TikTok's new HQ. The majority of TikTok's 1,000 European employees are already based in the UK, where the company has an expansive user base.

But it remains to be seen if Johnson would ultimately back such a move, given the grumblings from within his own party and any potential consequences for defying the Trump administration. Howett says that if TikTok does sell to Microsoft, that could change the equation.

"It would end up being a distinct issue to the sort of wider anti-China narrative," he said.