LONDON, June 1 (Xinhua) -- Britain remains in "a vulnerable position" in fighting coronavirus despite the progress of the country's vaccination program, a scientist advising the British government said Tuesday. 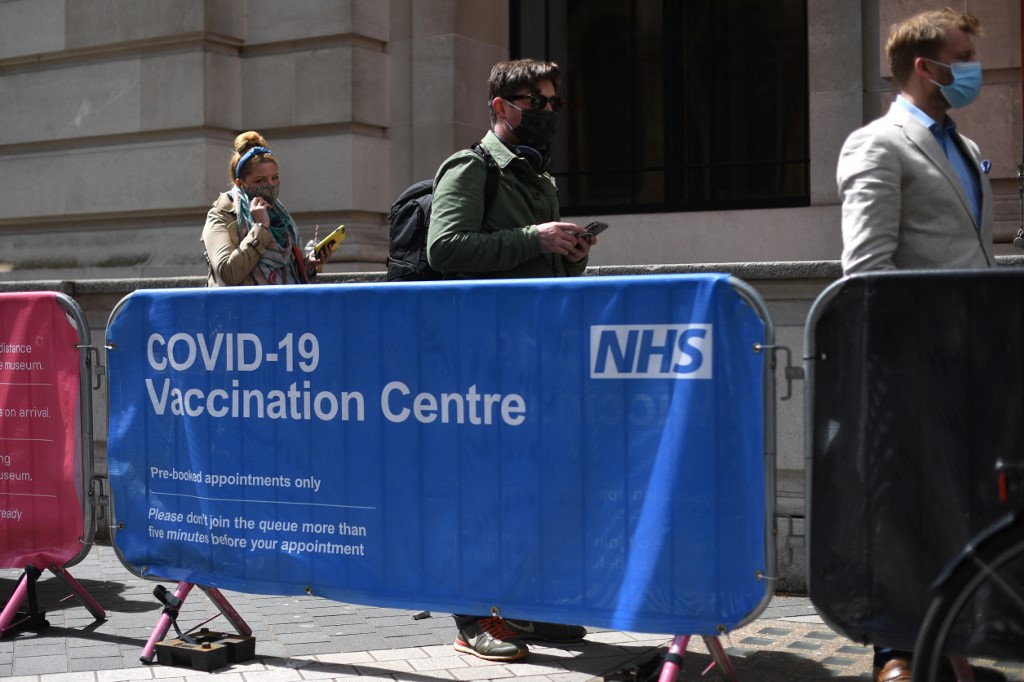 Members of the public queue to receive a COVID-19 vaccine at a temporary vaccination centre at the Science Museum in central London on May 18, 2021. 2021. (Photo: AFP)

Professor Adam Finn from the Joint Committee on Vaccination and Immunisation, which advises the government on vaccine priority, said the job to contain the pandemic is not done as large numbers of people are still unvaccinated.

More than 39.3 million people, about three-quarters of adults in Britain, have been given the first jab of the coronavirus vaccine, according to the latest official figures.

"The idea that somehow the job is done is wrong -- we've still got a lot of people out there who have neither had this virus infection nor yet been immunized and that's why we're in a vulnerable position right now," he told the BBC.

He urged the public to get the jab when invited. "We're all in this together -- everyone needs to do this (get vaccinated) for everyone."

Finn joined other British scientists in urging caution over further easing of restrictions. He said the new variant first identified in India, now named Delta by the World Health Organization, looked to be more infectious.

"It's a different virus, it could be a real problem and it's only by taking it seriously now that we can get where we want to be as soon as possible," he said.

It is "so much better to delay slightly than to go around with another cycle" of lockdown restrictions, he added.

The Delta variant is thought to account for up to three quarters of new cases in Britain and has attributed to a surge in cases in some parts of the country.

The cases of Delta variant have doubled in a week in England to almost 7,000, prompting concerns that the British government's lockdown roadmap will be derailed.

People were also allowed to travel abroad to a number of "green-list" countries without having to quarantine upon return as the ban on foreign travel has also been lifted.

The British government's roadmap is expected to see all legal limits on social contact to be removed on June 21. It is understood that a final decision on the planned easing of lockdown will not be made until June 14.