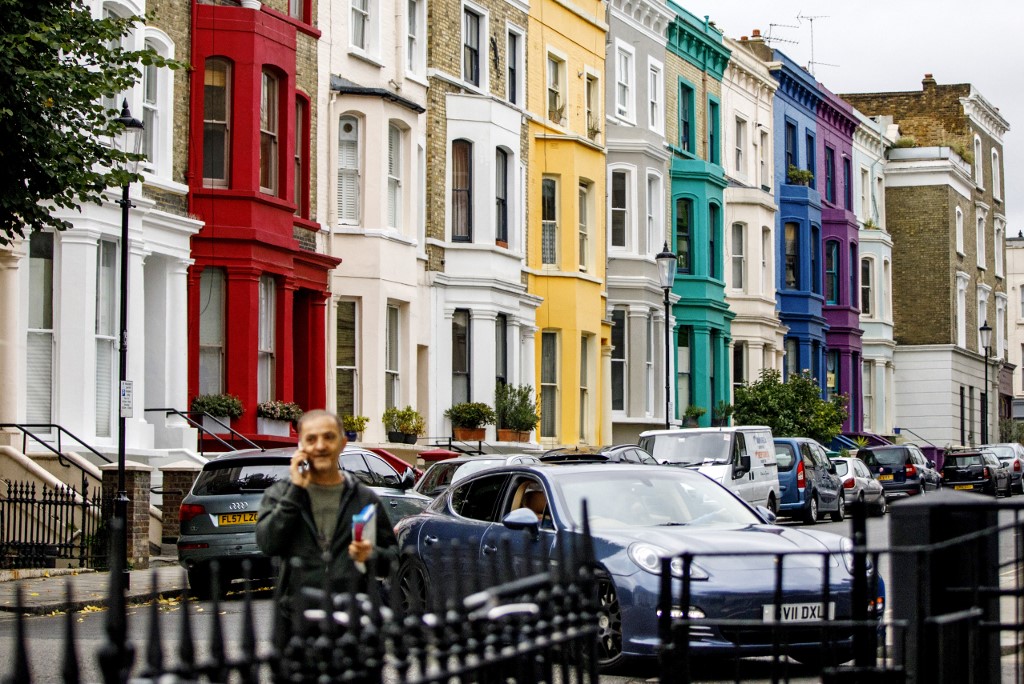 A row of painted houses is pictured in the Notting Hill district of west London, on August 8, 2017. (Photo: AFP)

The August figure is 1.2 percentage points up from July, as the largest upward contribution came from transport, coupled with further contributions from restaurants and hotels, housing and household services, and recreation and culture, the ONS said.

However, the ONS said the inflation hike could be a "temporary" change.

In August 2020, many prices in restaurants and cafes were discounted because of the British government's Eat Out to Help Out scheme, which offered customers half-price food and drink to eat or drink in, up to 10 pounds (about 13.8 U.S. dollars), between Mondays and Wednesdays.

Because of its short-term nature, the upward shift in annual rate last month is likely to be temporary, it said.

Capital Economics, an economic research consultancy, pointed out that inflation is likely to fall back almost as sharply next year and that Britain's central bank, the Bank of England, is not expected to raise interest rates until 2023, according to the BBC.