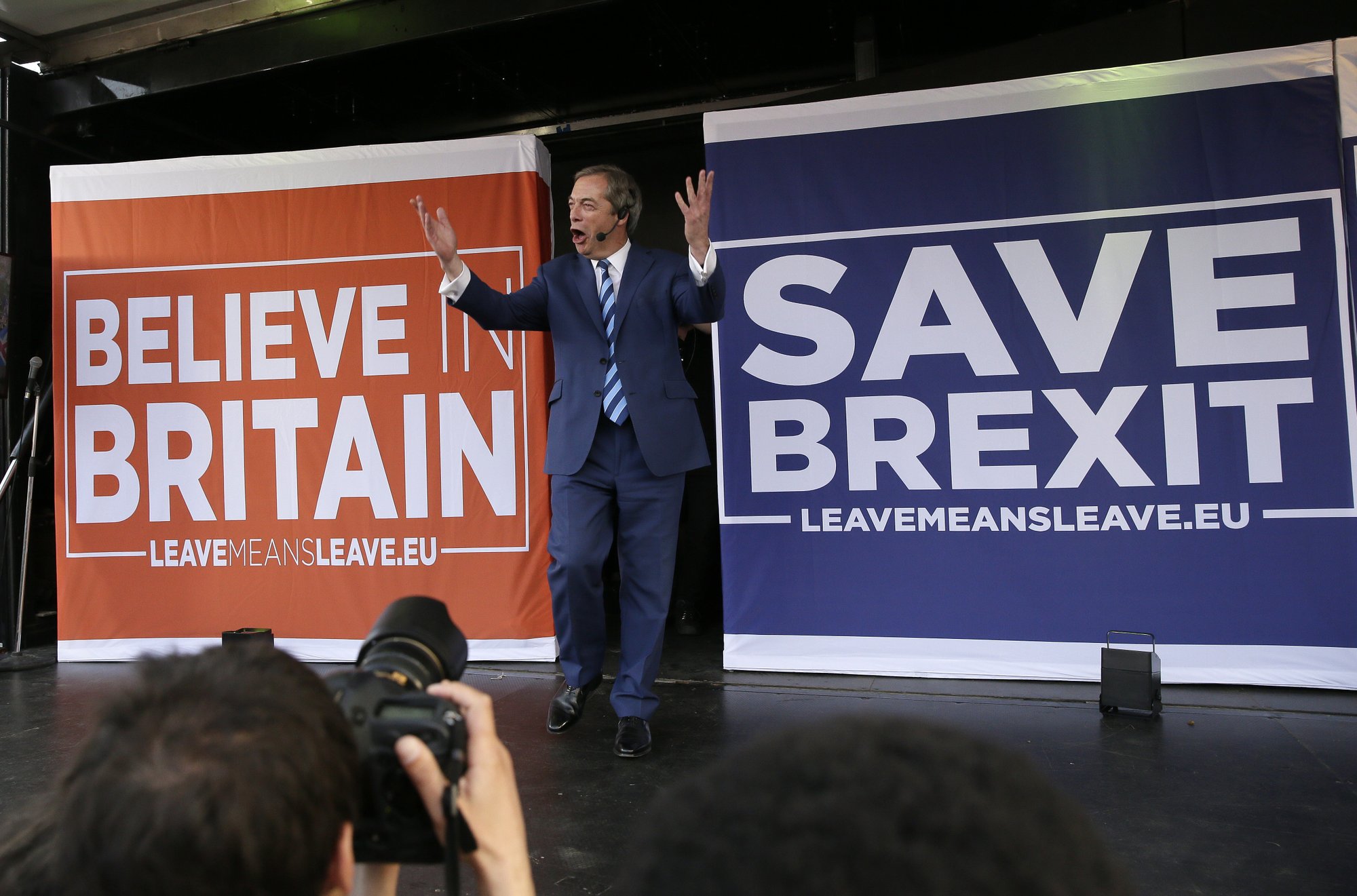 Former UKIP leader Nigel Farage arrives on stage to speak at a rally in Parliament Square after the final leg of the "March to Leave" in London, Friday, March 29, 2019. (Photo: AP)

Two senior German officials see little chance of reviving Britain’s treaty with the European Union to withdraw from the bloc, after it was again rejected by the UK parliament.

Manfred Weber, a European lawmaker and center-right candidate to head the European Commission, said Friday that “the treaty is off the table.”

Speaking to German public broadcaster ZDF, both spoke out in favor of a fresh elections in Britain or a second Brexit referendum.

Weber said British lawmakers’ repeated rejection of the deal negotiated by Prime Minister Theresa May highlighted “a failure of the political class in Great Britain, there’s no other way to describe it.”