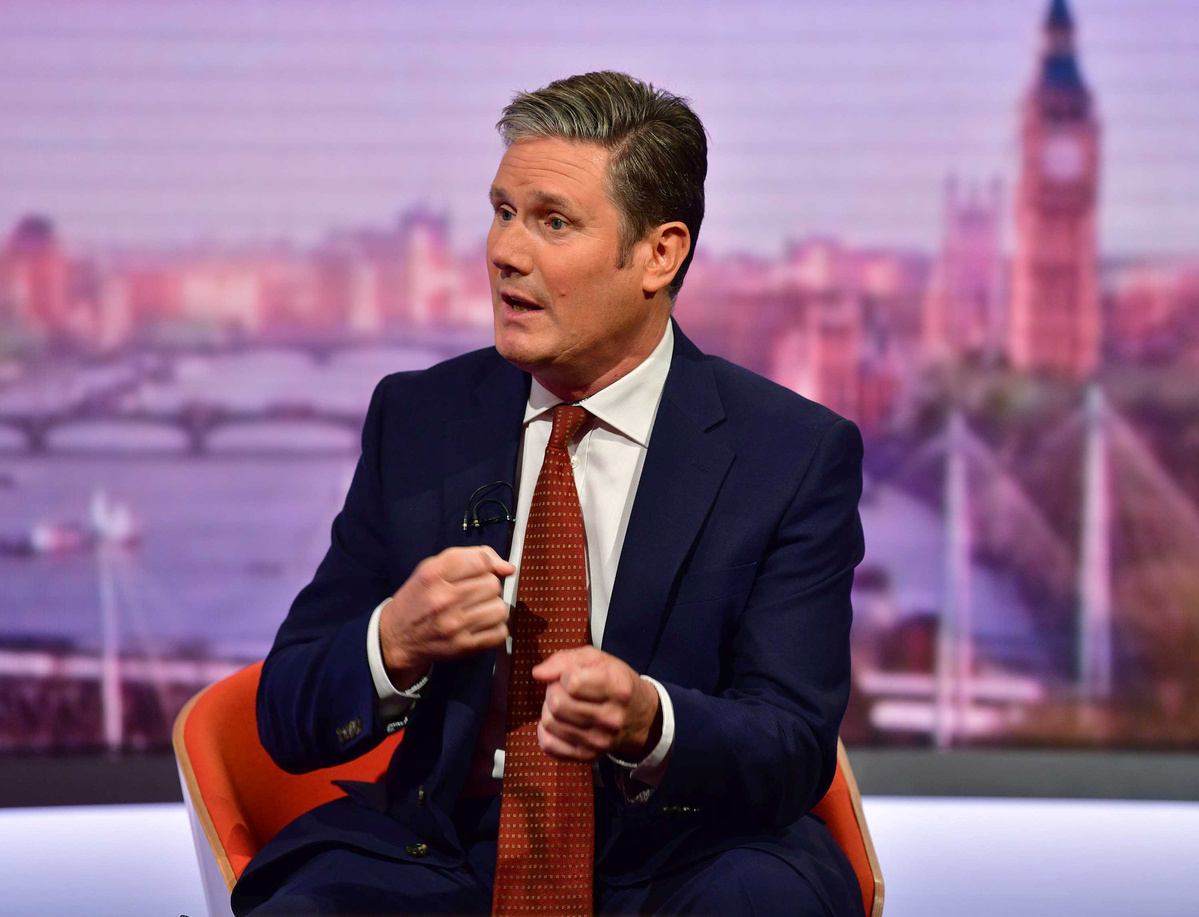 Senior minister Michael Gove, however, refused to guarantee the government would abide by any such legislation, saying it needed to see what it said.

Johnson has pledged to deliver Brexit with or without a deal, but opposition lawmakers - and several from his own Conservatives - want to push through legislation to rule out no-deal during a narrow window of opportunity before parliament is suspended in little over a week's time.

Starmer said the plan, which will be published on Tuesday, had one "very simple" aim: to stop Johnson taking Britain out of the European Union without a deal.

"Obviously, if we are at the 31st of October, that will require an extension," he told the BBC's Andrew Marr on Sunday.

"But I think this should be a very short, simple exercise designed to ensure we don't crash out without a deal."

Gove, one of Johnson's key ministers who is co-ordinating no-deal contingency plans, said he believed a majority of lawmakers would back the prime minister and defeat the attempt.

"We know the prime minister is making progress with our European friends and allies in attempting to secure a deal, and I don't believe that people will want to erect a roadblock in his way," he said.

David Gauke, a former British justice secretary and a Johnson critic, said he would meet the prime minister on Monday to hear his plan to deliver a Brexit deal he could support.

But he said he was prepared to disobey Conservative Party discipline and lose the whip if he was not persuaded.

Johnson said told the Sunday Times that those backing the opposition to no-deal risked there being no Brexit at all.

"Are you going to side with those who want to scrub the democratic verdict of the people — and plunge this country into chaos?" he said.

"Or are you going to side with those of us who want to get on, deliver on the mandate of the people and focus with absolute, laser-like precision on the domestic agenda? That's the choice."