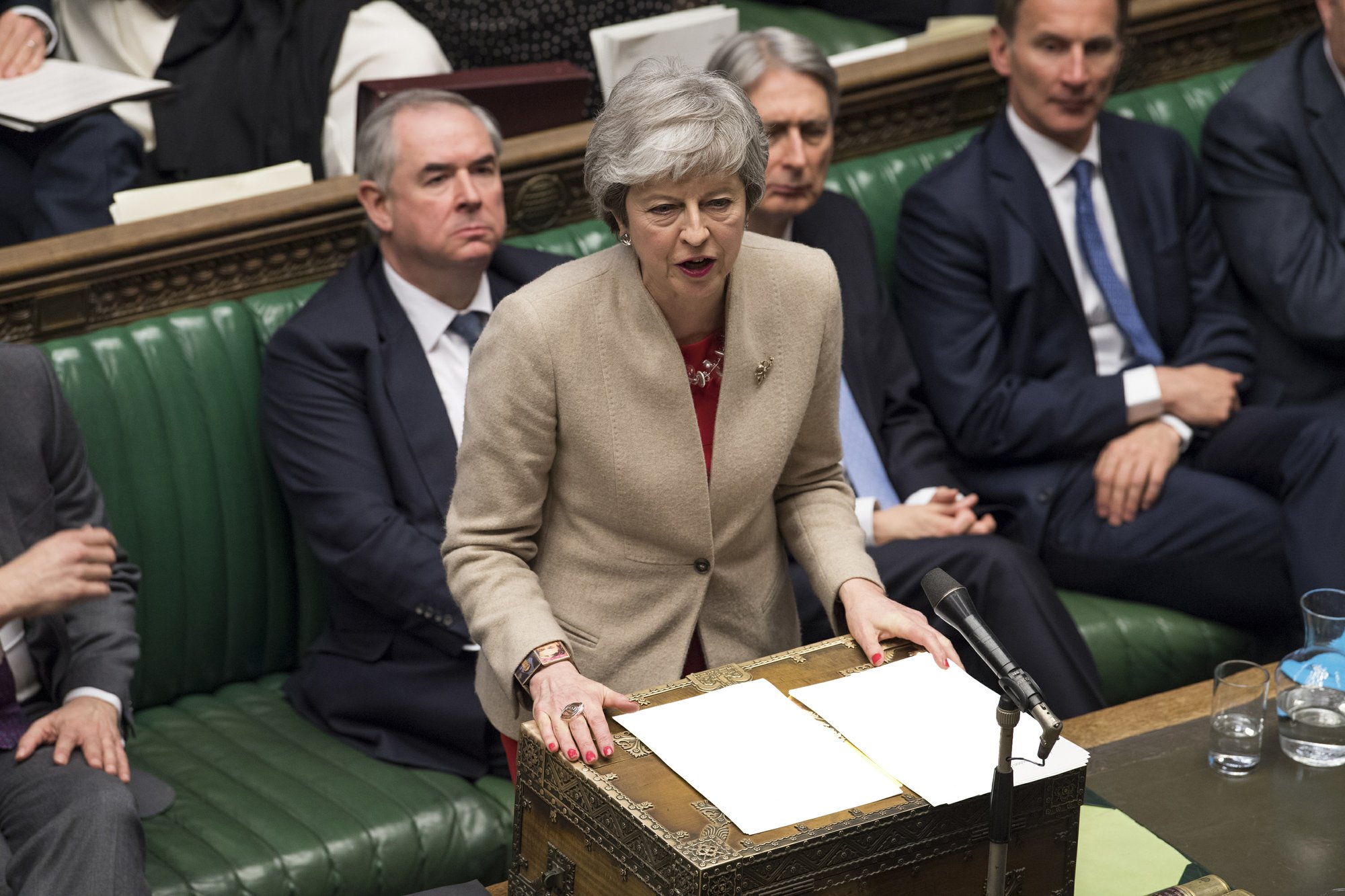 Rather than the usual procedure of voting with their feet by walking through “aye” and “no” lobbies, members of Parliament are each receiving a paper ballot listing all four options.

Legislators have half an hour to vote before ballots are collected and counted. Results are due around 2100 GMT (5 p.m. EDT).

The options include remaining in a customs union with the EU and holding a new referendum on Britain’s membership in the bloc.