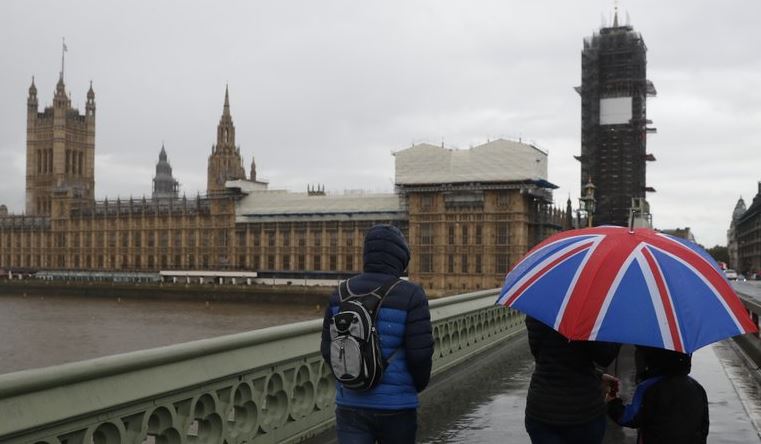 LONDON, April 16 (Xinhua) -- Thanks to a historic decision by the House of Commons Commission Thursday, British lawmakers are to question government ministers via video link for the first time in the 700-year history of the lower house of the parliament.

The unprecedented step towards a "hybrid" House of Commons still needs the approval of MPs when they return from extended Easter recess next Tuesday.

Once agreed, some MPs from next Wednesday will be able to take part in the Prime Minister's Questions, any urgent questions and statements via video link.

"I do not want MPs and House of Commons staff putting themselves at risk. By working virtually, this is our contribution to the guidance of stay home, protect the NHS and save lives," said Speaker of the House of Commons Lindsay Hoyles.

A number of screens will be placed around the House of Commons chamber to allow the Speaker and MPs present in the room to see their "virtual" colleagues.

Sittings of both the House of Commons and the House of Lords (upper house) were suspended in March because of the COVID-19 pandemic.