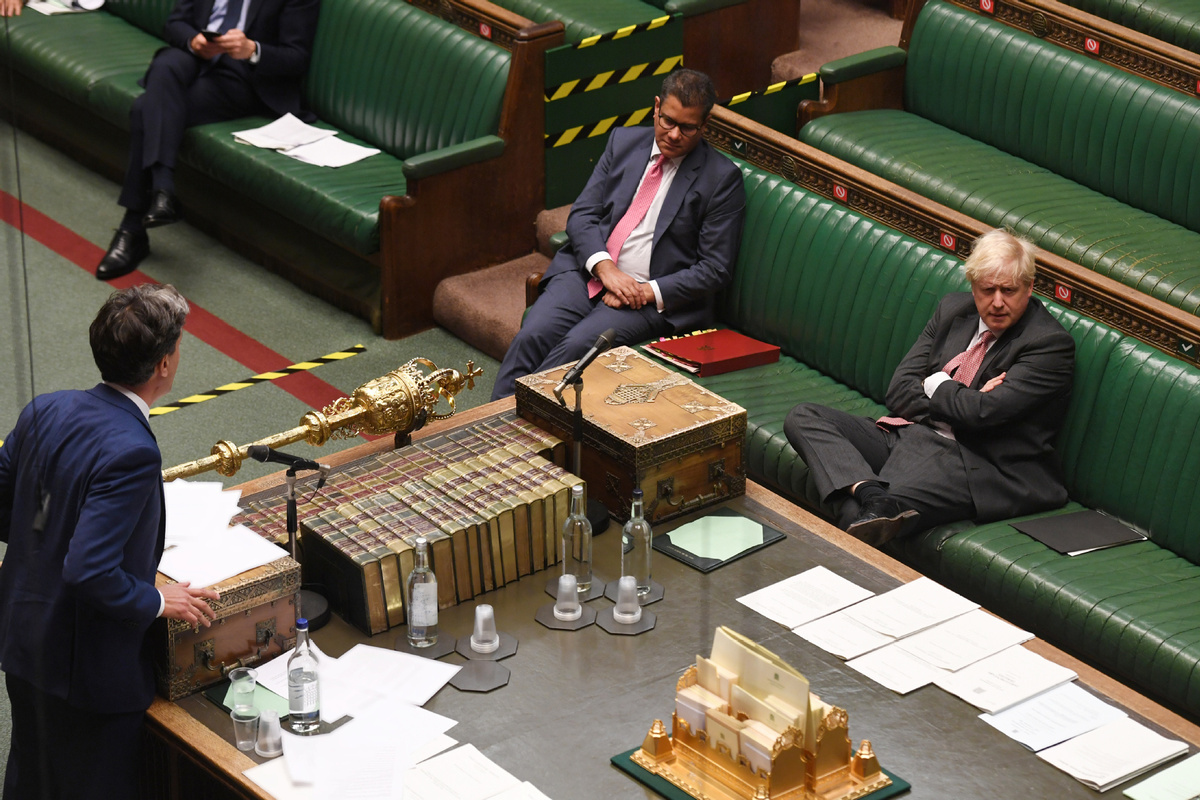 Britain's Prime Minister Boris Johnson listens during a debate on the Internal Market Bill at the House of Commons in London, Britain Sept 14, 2020. [Photo/Agencies]

MPs voted to give the UK Internal Market Bill a second reading by 340 to 263.

Johnson said the legislation was necessary to prevent the EU taking an "extreme and unreasonable" interpretation of the provisions in the Withdrawal Agreement relating to Northern Ireland.

The prime minister opened a debate in the House of Commons at the start of the bill's legislative journey where it faces a rough ride over the coming days.

During the debate, Johnson claimed the EU's current approach could lead to excessive checks and even tariffs on goods moving from Northern Ireland to Britain's mainland. He said the bill would ensure the UK's "economic and political integrity."

Summing up the reading before MPs went to vote, Cabinet Office Minister Michael Gove said that the UK is committed to making a success of its negotiations with the EU.

"What this bill is not doing is not walking away from negotiation with the European Union. Those negotiations go on," Gove said.

MPs who opposed to the bill claimed it would breach international law by overriding some parts of the Brexit deal signed by Britain and the EU.

Six former prime ministers of Britain had also expressed opposition to the bill. They feared it would harm Britain's global reputation if it passed a bill breaking international law. But Johnson defended it, saying it was meant as a safety net to protect Britain's internal market spanning Britain's mainland and Northern Ireland.

Britain is currently following EU rules until the end of this year when a transition period comes to an end.

Both Johnson and Gove said they wanted to reach a future trade deal with Brussels by Jan 1.