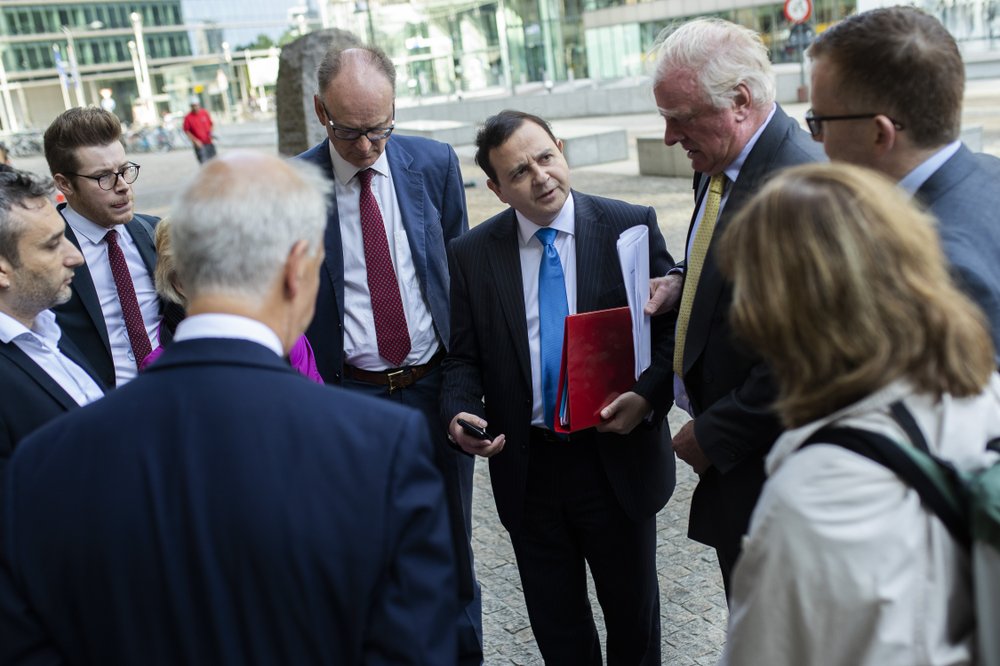 British lawmakers met the European Union’s chief Brexit negotiator on Friday, seeking an iron-clad guarantee that the 1.3 million UK citizens in the bloc won’t have their rights removed and their lives disrupted if Britain leaves the EU without a deal.

The rights of UK citizens living in the 27 other EU nations, and those of the more than 3 million EU citizens in Britain, are one of the thorniest issues of the Brexit negotiations.

Their rights to live, work and study are protected under an agreement struck between the two sides — but the divorce agreement has been rejected by Britain’s Parliament, raising the prospect of a no-deal Brexit.

The UK is due to leave the bloc on Oct. 31, and both men vying to take over as prime minister next week, Boris Johnson and Jeremy Hunt, say it’s imperative that Brexit happens, with or without a deal.

Talks between the British government and the EU on guaranteeing citizens’ rights if the UK crashes out of the bloc have failed to produce a breakthrough. EU leaders insist the withdrawal agreement can’t be chopped into chunks — Britain must accept all of it or none.

Some EU member states have said they will preserve Britons’ rights, but only if the UK reciprocates. Britain says all EU citizens living in the country can stay, but has not enshrined that right in law.

“People assume it’s fine, everything’s dandy . citizens’ rights, of course they’re going to protect them, that goes without saying,” Costa said. “But we have no extraterritorial powers to pass legislation to protect British citizens in the EU. That can only be done with an agreement with the EU.”

The winner of the contest to become Britain’s next prime minister — widely expected to be Johnson — is due to be announced Tuesday.

Costa said whoever wins must ensure citizens’ rights are upheld even if there is no Brexit deal.

German Chancellor Angela Merkel on Friday reiterated the EU’s long-held stance that it will not renegotiate the divorce agreement it struck with outgoing British Prime Minister Theresa May.

“I trust very firmly that Britain will find its way,” May said in Berlin at her annual summer news conference. “It is a proud, great nation and it will remain our partner even if Britain is no longer a member of the European Union.”