WORLD UK local elections - what are they and why do they matter?

UK local elections - what are they and why do they matter? 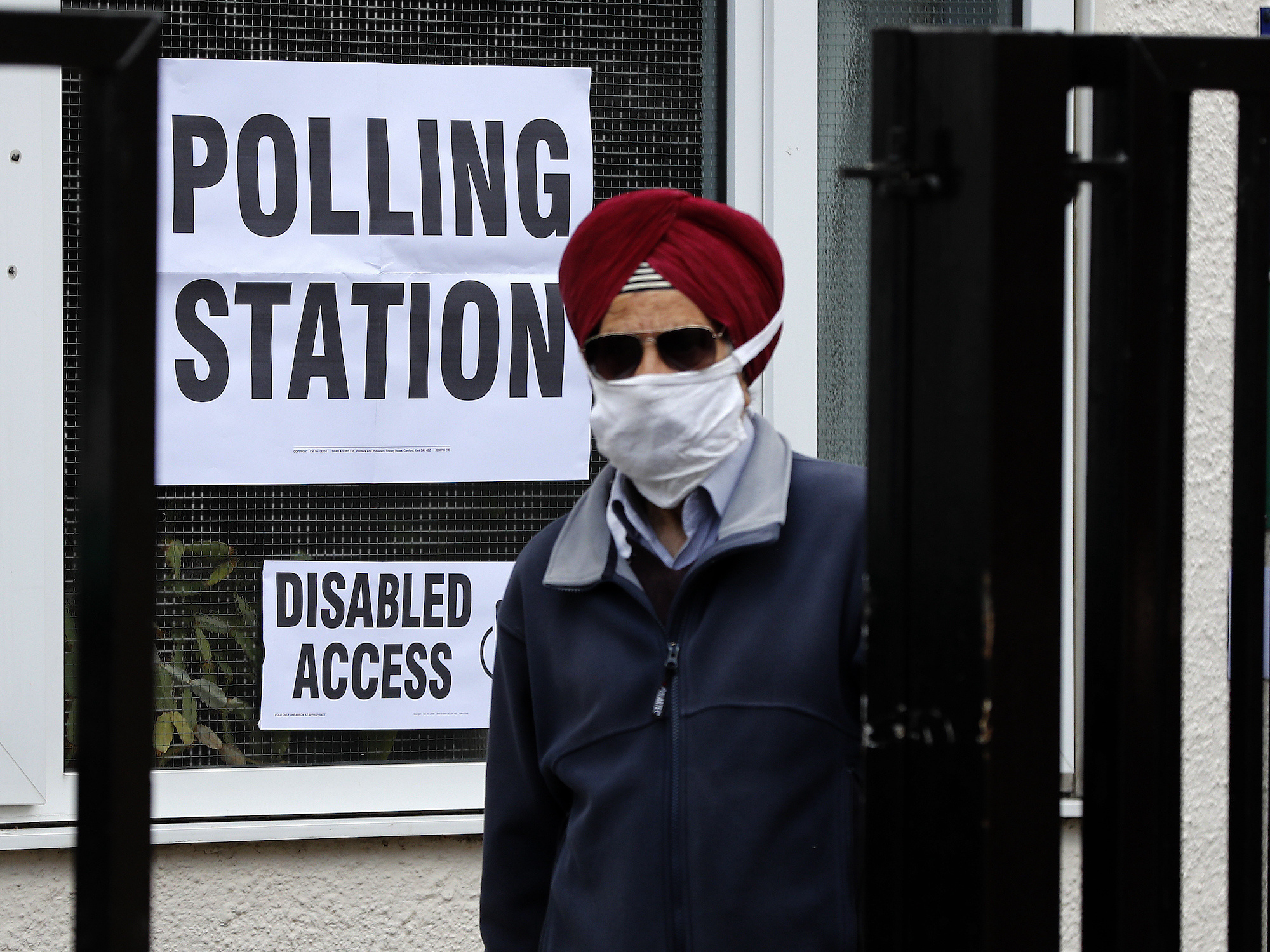 A man leaves the polling station after voting in London, Thursday, May 6, 2021. AP Photo/Frank Augstein

Conservatives, Labour, Holyrood and the Senedd - don't worry, we know the UK's local politics can be confusing. But as results trickle in from one of the most important elections in recent times, CGTN Europe breaks down the main races for you and sheds some light on what they might mean.

The big one to watch is the Scottish parliamentary elections. Although the United Kingdom has a central government based mostly in the capital London, some power is devolved to the three other countries that make up the UK - Scotland, Wales and Northern Ireland.

There are 129 members of the Scottish parliament based in Holyrood in the capital Edinburgh. Parties need to win 65 seats to rule with a majority.

The Scottish National Party led by Nicola Sturgeon has vowed to push for a second independence referendum if it gets enough seats, saying she would offer Scotland "the choice of a better future".

If it doesn't win outright, it can form a coalition with other parties which also want an independent Scotland - most likely the Green Party.

By Saturday morning the SNP had won 39 of the 48 seats announced. The expectation is that even if it falls short, there will be a pro-independence majority.

That will not go down well with UK prime minister Boris Johnson, who told the Daily Telegraph a second referendum on the issue in the current context would be "irresponsible and reckless".

The last referendum in 2014 saw voters narrowly choose to remain part of the UK, with 55 percent opting to remain in the union.

Like in Scotland, the current ruling party in Wales has done well in these elections. That's the Labour party, led by Mark Drakeford, who's also the first minister.

The Welsh assembly is known as the Senedd and is based in the capital Cardiff, where 60 seats were up for grabs in Thursday's election. Labour had already won half of them by Saturday morning. That means it has equaled its best ever result and is set to hold on to power.

There were calls for Welsh independence spearheaded by the nationalist Plaid Cymru party. It won nine seats on Friday - far short of the majority needed to govern.

In terms of scale, most of Thursday's elections were in England - the UK's most populous nation.

Around 5,000 seats were voted for in 143 local councils across the country. Prime minister Boris Johnson's Conservative party has done well in the early results.

After 89 councils announced ballots, the so-called Tories had already won seven more councils, and added 159 councilors on those bodies making local decisions. In contrast, the Labour party had lost 192 councilors and lost control of four councils.

The results follow a similar trend in the 2019 general election when Boris Johnson secured a record victory by picking up traditional Labour seats promising to deliver Brexit. Then, he faced Jeremy Corbyn as leader of the main opposition. Now it's Keir Starmer, who's faced a backlash from within his party following the latest results.

Starmer said he was "bitterly disappointed" but insisted he "will take full responsibility for fixing things".

Who's the winner overall?

That depends who you ask. Nicola Sturgeon will insist a majority for parties backing independence means she can move ahead with a strong mandate. Don't expect any rapid changes though.

Sturgeon has made clear the priority will be dealing with the ongoing "Covid crisis" and recovery from it, but if the results go her way, the issue of an independent Scotland will raise its head again, to the dismay of Boris Johnson.

That brings us on to the other main winner, the UK prime minister. Ahead of these elections, he faced a series of allegations around his government's behavior and his own personal conduct. Voters seem to have shrugged off those concerns and opted for more of the same.

Although they don't have the global significance of a general election, these votes do offer a glimpse of public opinion on the major parties. And so far, it's a resounding thumbs up for Johnson.

One interesting aspect is that in all three nations, there's been a trend of incumbents doing well. That's rare in these sorts of votes, but one thing all three leaders have benefited from is how quickly COVID-19 vaccines have been rolled out.

The coronavirus offering British politicians a ratings boost; who would've thought that just 12 months ago?