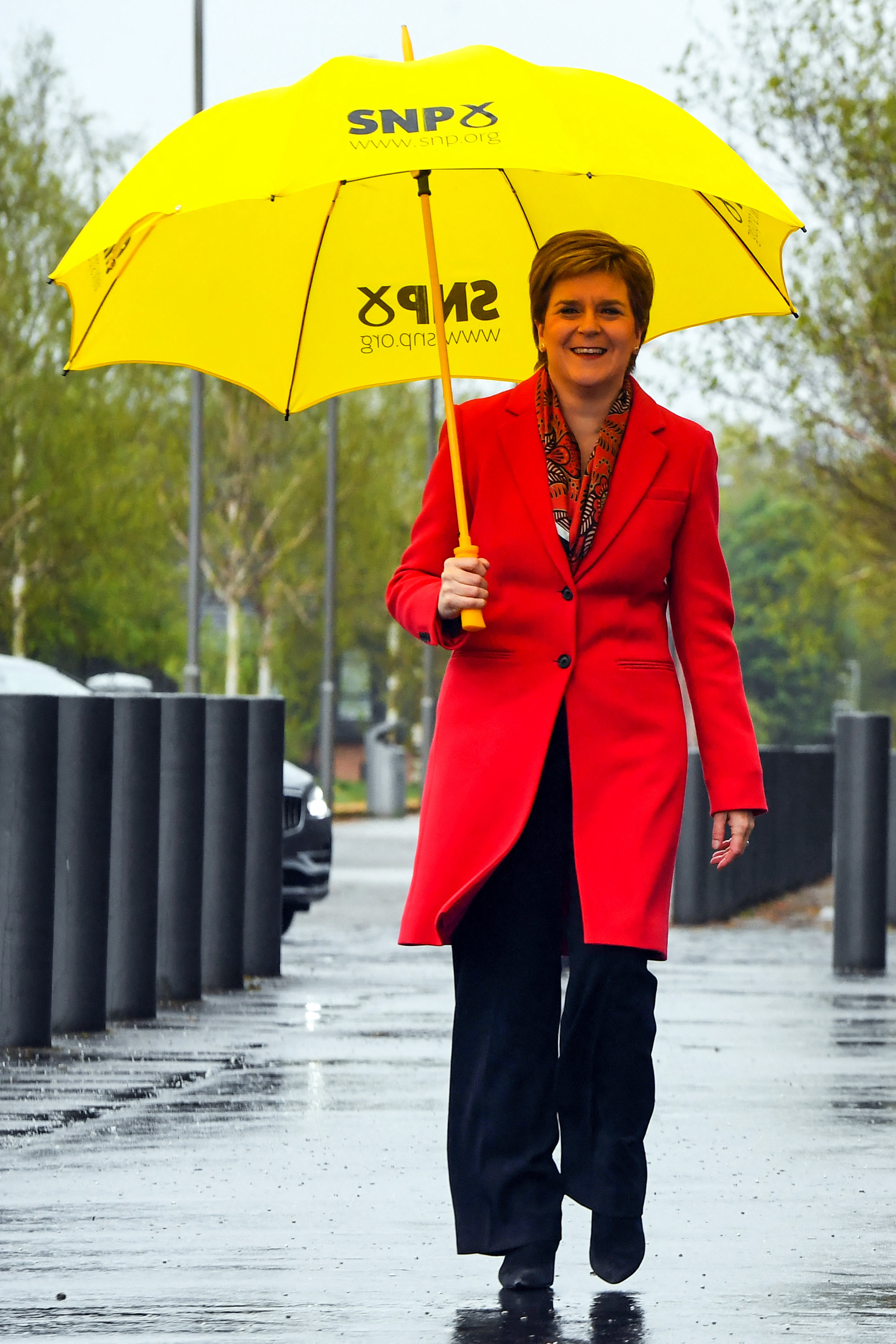 Scotland's victorious First Minister and leader of the Scottish National Party Nicola Sturgeon wants Scots to vote on whether they should stay inside the United Kingdom. Andy Buchanan / AFP

Results from the UK's local elections have now been counted and there's plenty to digest. Calls for Scottish independence are likely to grow, there's been strong support for the union in Wales and Boris Johnson's Conservatives have cemented their power in England. CGTN Europe breaks down some of the key questions for you.

Why did the Scottish nationalists do so well?

The Scottish National Party (SNP) led by Nicola Sturgeon secured a fourth consecutive term in power after a strong performance in Scotland's parliamentary elections. With 64 seats, they fell one short of an outright majority but are expected to push ahead with plans for a second independence referendum.

Sturgeon called the results "historic and extraordinary" and said it shows there's a strong mandate to push ahead with what's become known as "indyref2". But, she added the priority is focusing on the "Covid crisis" but that "when the time's right", the SNP will seek to ask voters if they want to remain part of the UK.

A referendum on the issue in 2014 saw voters narrowly support remaining in the union, by 55 to 46%.

Is Scotland going to become independent?

There's no guarantee. There would have to be a referendum among Scottish voters first and that's certainly not going to happen while tackling the pandemic is the priority. Without a majority, the SNP will have to rely on other parties to back their bid to hold a poll. The most likely is The Green Party, which secured eight seats out of the 129 and has previously backed the idea of independence.

The bigger worry is how they'll do it. There are essentially two options. Under current laws which gave Scotland more devolved power in 1999, the UK's central government in Westminster would need to approve the holding of a referendum. Boris Johnson has made clear he will not support it.

The other route is the legal one. If the SNP chooses to take the UK government to court, it could end up in the Supreme Court in London. Speaking to the BBC on Sunday, Sturgeon said "if it comes to being decided in the courts, that'll be the debate we have to have."

But she added: "I don't think we'll get there… it would be such a grave, serious and undemocratic situation."

Will Boris Johnson stop them?

The prime minister has repeatedly stated that he doesn't want the break up of the UK and said an attempt for a second referendum in the current context was "irresponsible and reckless".

In a bid to quash divisions, he's written to Sturgeon as well as the first minister of Wales and leaders of Northern Ireland calling for a "Team UK" summit to show "unity" in the fight against COVID-19.

The man charged with overseeing the union, cabinet office minister Michael Gove, urged the SNP to act cautiously and focus on jointly fighting the pandemic. He said national leaders couldn't "take their eye off the ball by a protracted conversation about the constitution".

He also said Scotland had the right to leave the UK if it wanted ruled out taking the matter to court if Scotland's parliament - led by the SNP - voted for an independence referendum.

The SNP's success was in sharp contrast to the independence movement in Wales, where the nationalist Plaid Cyrmu picked up 13 seats, far short of the 31 needed for a majority. Worse still, a strong showing for the Conservatives saw it leapfrog Plaid Cyrmu to become the second biggest in the Welsh parliament.

Who won in London?

The incumbent mayor Sadiq Khan won but it was a closer race than expected. He needed a run-off with Conservative candidate Shaun Bailey after neither of them secured 50 percent of the votes after first preferences were counted.

In the end, Khan won by a margin of more than 228,000 votes. While seemingly decisive, the race in London echoed the progress made by the Conservatives elsewhere in England, boosted by the UK's recent success in delivering COVID-19 vaccines.