UK looks to fast-growing Africa for trade ties after Brexit 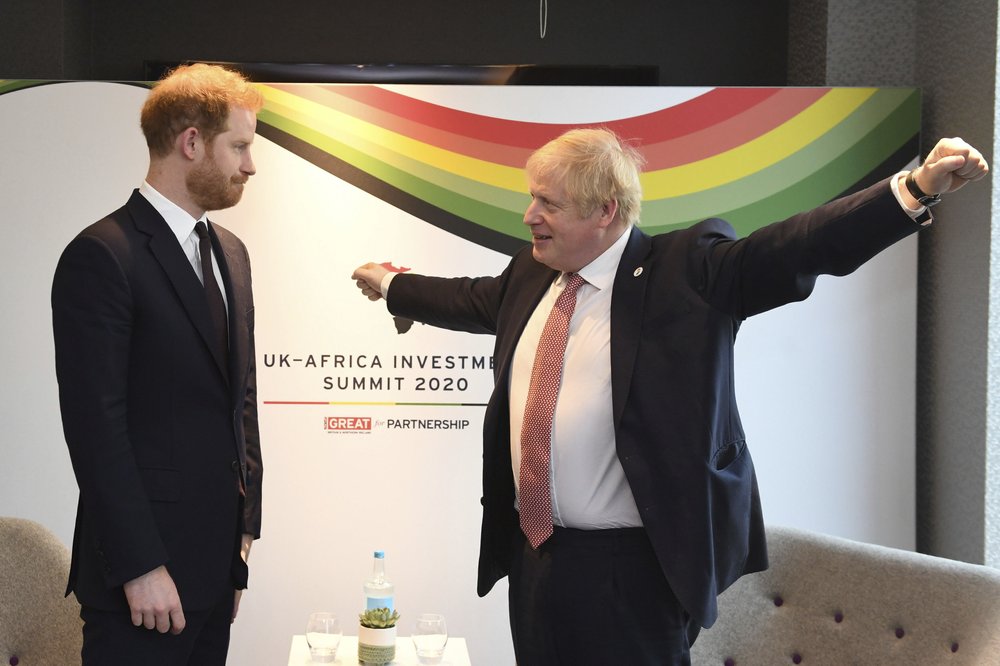 British Prime Minister Boris Johnson and Prince Harry touted the UK as an ideal business partner for Africa on Monday as their country prepares for post-Brexit dealings with the world.

But Britain faces tough challenges as it seeks to assert itself on a continent with several of the world’s fastest-growing economies, and one whose youthful 1.2 billion population is set to double by 2050.

Far fewer of Africa’s 54 heads of state or government were attending the first UK-Africa Investment Summit than the dozens who attended the first Russia-Africa summit last year or the gatherings China regularly holds.

The UK’s department for international trade says two-way trade with Africa in the year ending in the second quarter of 2019 was $46 billion. Meanwhile, Africa’s two-way trade with China, the continent’s top trading partner, was $208 billion in 2019.

Johnson told attendees the conference “is long overdue.” He acknowledged that British officials and companies need to work to convince African nations to do business with the UK.

“We have no divine right to that business,” he said. “This is a competitive world. You have may suitors” — especially China and Russia.

Britain is due to leave the European Union on Jan. 31, and Johnson said the UK would become “a global free trading nation” after Brexit. He pledged that the post-Brexit immigration system would “put people before passports,” acknowledging a common frustration across Africa.

While other global powers including Gulf nations and India have been increasing their diplomatic and economic presence in Africa, some observers have wondered about the interest of Britain, a former colonizer.

When Theresa May visited Kenya in 2018, even Kenyan President Uhuru Kenyatta noted it was the first visit to East Africa’s economic hub by a British prime minister in more than three decades.

Johnson stressed that he had visited about a dozen African countries when he was British foreign secretary between 2017 and 2019. He said “billions of pounds worth of deals” would be sealed at Monday’s summit, including major clean-energy projects.

Prince Harry, who has longstanding ties to Africa and is involved with conservation and youth charities on the continent, also attended the conference to boost Britain’s cause, despite the swirling drama over his decision to break from official royal duties.

“The wealth of Africa is undisputed,” said Ghana’s president, Nana Akufo-Addo, noting that one in four people in the world in 2050 will be African.

Leaders stressed the need to tackle growing inequality and the continent’s dire need for better infrastructure, especially as millions of people migrate to booming cities.

Aside from the sluggishness of its top two economies, South Africa and Nigeria, Africa is showing economic momentum as the recently launched African Continental Free Trade Area gathers steam.

The UN said gross domestic product growth in Africa is projected to reach 3.2% in 2020 and 3.5% in 2021. And 25 African countries are projected to achieve economic growth of at least 5% this year.

Britain should take a wider investment approach to Africa’s growing middle class and increasingly sophisticated consumers, the Overseas Development Institute reported this month. It said more than 80% of Britain’s investment in Africa is focused on mining and financial services, and 30% of investment in the continent goes to a single country, South Africa.