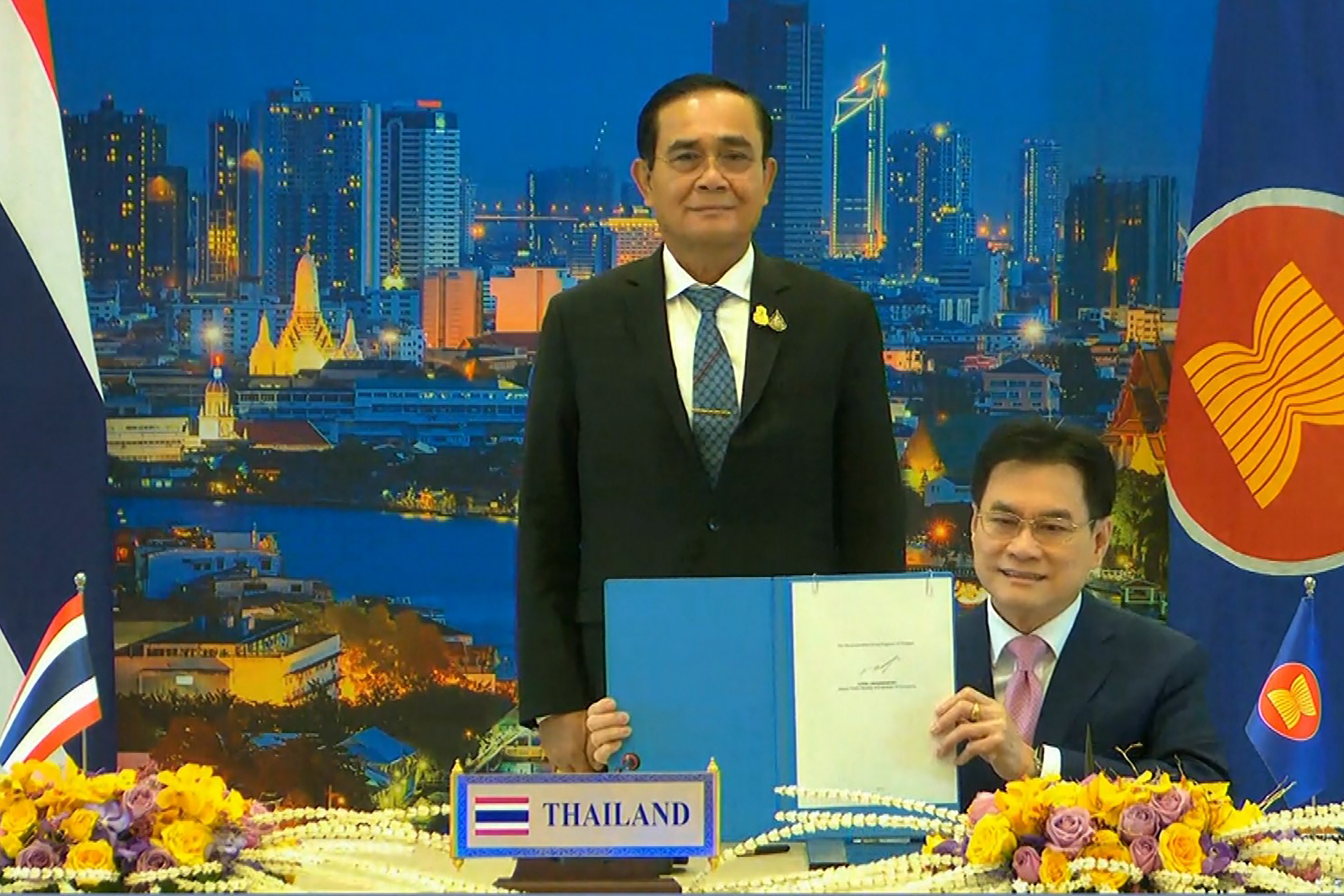 A screen grab taken from Vietnam Host Broadcaster's November 15, 2020 live video shows Thailand's Prime Minister Prayut Chan-O-Cha (L) standing next to Thai Minister of Commerce Jurin Laksanawisit as he holds up the agreement during the signing ceremony for the Regional Comprehensive Economic Partnership (RCEP) trade pact at the ASEAN summit that is being held online in Hanoi. (Photo: AFP)

Michael Hewson, the chief market analyst from CMC Markets, said on his company's website that the signing is welcome news.

"It is estimated that the rolling up of these various mini-deals into one big deal could well lessen trade friction significantly, and help offer a significant boost to Asia Gross Domestic Product (GDP) in the years ahead," said Hewson.

"The positive Asia tone generated by the news over the RCEP trade deal looks set to prevail into the start of European trade later this morning, as the new week picks up where last week left off," he said.

Participating countries include the 10 member countries of the Association of Southeast Asian Nations and China, Japan, South Korea, Australia and New Zealand.