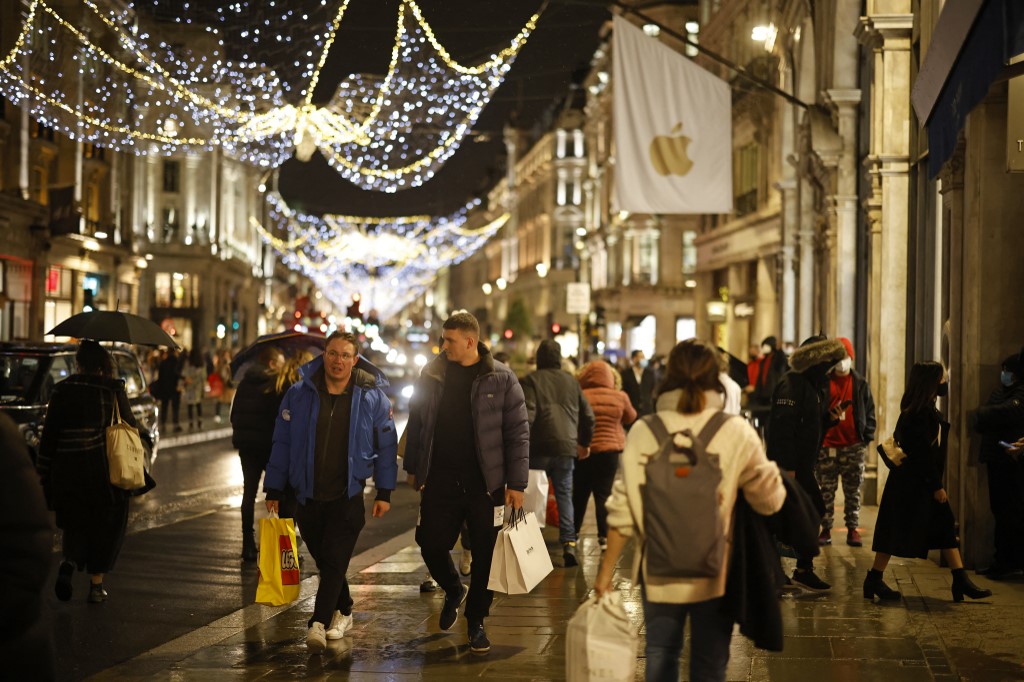 Shoppers and pedestrians pass under the Christmas lights on Regents Street in central London on December 14, 2020, as it is announced that Greater London will be moved into Tier 3 from Tier 2 from Wednesday December 16. (Photo: AFP)

Two leading British medical journals urged the government Tuesday to scrap plans to ease coronavirus restrictions over Christmas, warning it would be "another major error that will cost many lives".

In a rare joint editorial, the British Medical Journal (BMJ) and the Health Service Journal (HSJ) said proposals to allow three households to mix indoors for five days could lead to the state-run National Health Service (NHS) being overwhelmed.

The publications called on ministers to follow neighbouring European countries in maintaining tighter curbs over the festive period next week.

"We believe the government is about to blunder into another major error that will cost many lives," the BMJ and HSJ said, noting it was only their second joint editorial in their more than 100-year histories.

"With the number of hospital patients with Covid-19 again on the rise, and a third wave almost inevitable, the new year is likely to see NHS trusts facing a stark choice: be overwhelmed or stop most elective and non-urgent work.

"Rather than lifting restrictions over Christmas as currently planned, the UK should follow the more cautious examples of Germany, Italy and the Netherlands."

The stark warning came after the government announced that London and parts of three surrounding counties will from Wednesday join swathes of central and northern England under the toughest restrictions to try to cut spiralling infection rates.

Pubs, bars, restaurants and other hospitality sites will close, except for takeaway food, as will theatres and other venues in the entertainment sector.

Members of different households cannot mix indoors, although people can still meet in groups of up to six in public places outside. Shops and schools can remain open.

Health Secretary Matt Hancock also revealed Monday that officials had identified a new coronavirus variant which could be a possible cause for the rapidly rising case numbers in southeast England.

Hancock insisted the government had "no plans" to change the guidance for Christmas, but ministers and health officials are reportedly set to review the proposals on Wednesday.

London Mayor Sadiq Khan joined those demanding a rethink in coordination with devolved administrations in Scotland, Wales and Northern Ireland.

"I'm not sure whether five days worth of relaxation, three households, is the right way forward," he told BBC radio.

"I think the government should be looking at the rules again but it's got to be a four-nation approach."

In their editorial, the BMJ and HSJ noted that London and devolved leaders in Edinburgh, Cardiff and Belfast had devised the plan to ease the rules over Christmas on the assumption that Covid-19 demands on the NHS would be decreasing.

However, new virus cases and hospital admissions have begun to rise again after a month-long nationwide shutdown in England ended earlier this month.

"It should now reverse its rash decision to allow household mixing and instead extend (current restrictions) over the five-day Christmas period in order to bring numbers down in the advance of a likely third wave," they added.