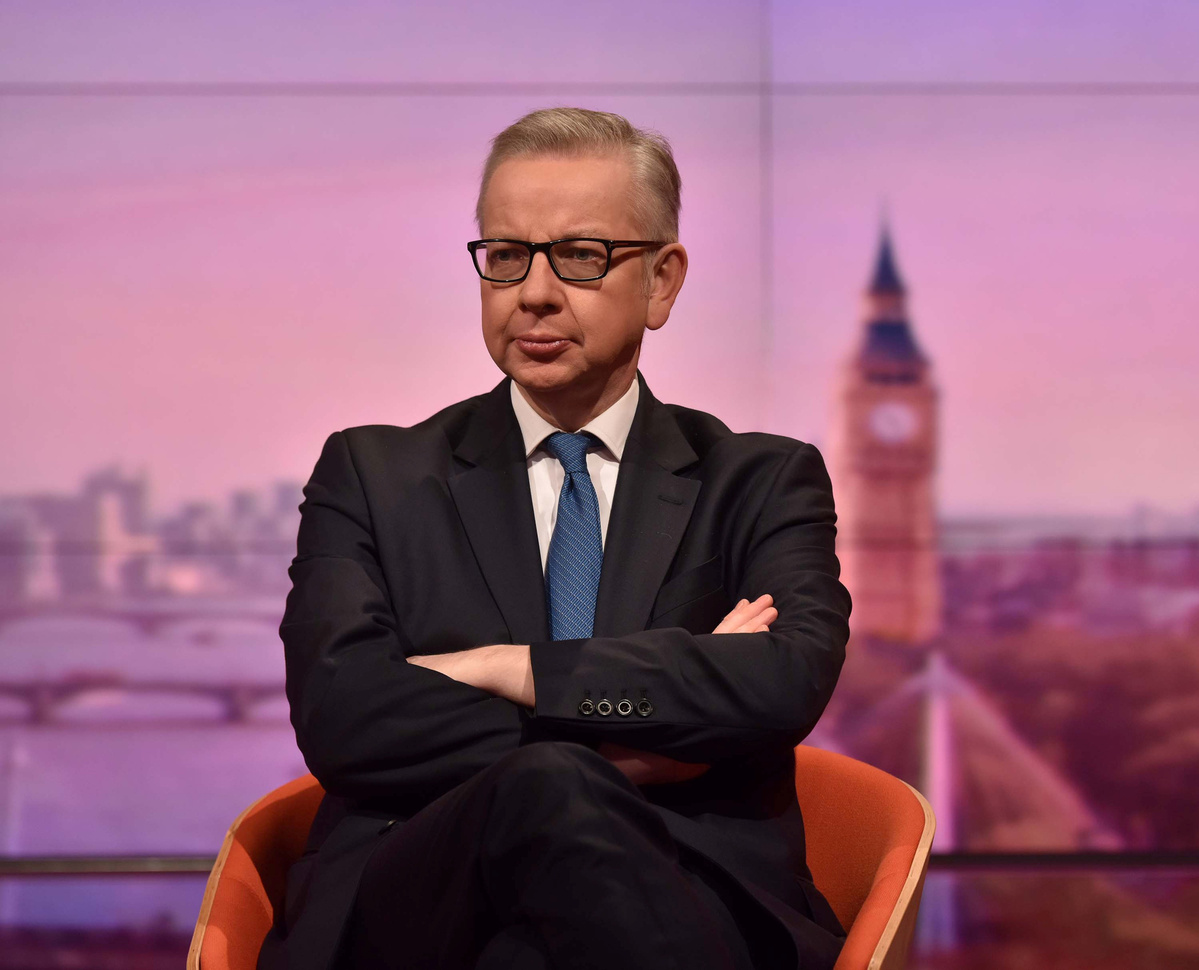 Business leaders in the United Kingdom should prepare for long queues at the border, more form-filling, and additional taxes when the transitional period ends on Dec 31 and the nation stops following European Union rules, senior Cabinet minister Michael Gove has warned.

The staunch Brexit supporter, who helped guide the nation out of the bloc, told businesspeople gathered for Preparing Our Border for the Future Relationship, a Cabinet Office event on Monday, that, whether the nation negotiates a trade deal or not, more checks are inevitable.

It was the first time a member of government had made such an admission, the BBC reported. Previously, Downing Street had said checks would be unnecessary under the terms of a trade deal, and, in the event of a no-deal Brexit, it had been understood that goods would continue to flow freely across the border.

Either way, Gove said, the UK and the EU will need more customs officers, thousands of additional customs agents, and new border infrastructure. And meat and other animal products will now need export certificates signed by a registered vet.

Previous independent economic analysis has concluded that any extra friction at the border would damage the UK economy. However, the government has said such a hit would be worth it in order to achieve greater autonomy.

Gove said: "The UK will be outside the single market and outside the customs union, so we will have to be ready for the customs procedures and regulatory checks that will inevitably follow."

He said businesses can minimize the disruption by preparing in advance. And he insisted that a new "smart" border that will speed up checks and that was initially promised for 2021 will be completed, although not until 2025.

The British Retail Consortium, which lobbies on behalf of the retail sector, said the government will have to move fast to have things in place by January.

Andrew Opie, the consortium's director of food and sustainability, told the BBC extra checks would damage imports of fresh fruit and vegetables.

"Food might actually have to be held at the port to be checked," he said. "So, you've got enormous bureaucracy, enormous change, but crucially you've got a problem with the infrastructure at the key ports around the Channel."

Gove said the UK will also introduce checks on imports from the EU.

"Frictionless trade has been kicked to the touchline," she told the Financial Times. "This was a big dose of realism. It's going to be really costly for business."

The government has said it hopes to negotiate a "Canada-style "free-trade agreement with the EU, instead of leaving with a no-deal Brexit, but even that arrangement, according to analysts, will slow the UK's economic growth by 5 percent over 15 years.

The Guardian quoted Gove as saying: "You have to accept we will need some friction. We will minimize it, but it is an inevitability of our departure."