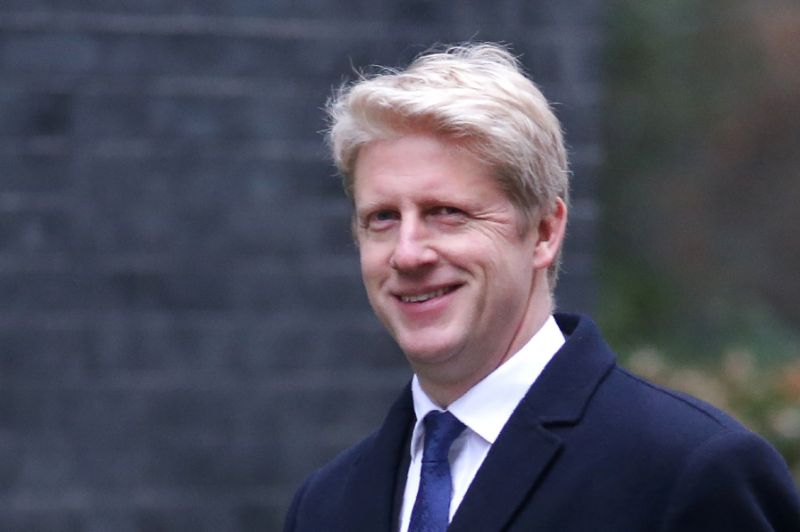 Jo Johnson resigned as Britain's transport minister on Friday, branding the proposed Brexit deal a "terrible mistake" that necessitated a fresh referendum on leaving the EU.

Johnson -- who had backed staying in the bloc in the 2016 referendum -- is the younger brother of Boris Johnson, who spearheaded the pro-Brexit campaign and quit as foreign secretary in July over May's Brexit blueprint.

"It has become increasingly clear to me that the withdrawal agreement, which is being finalised... will be a terrible mistake," he wrote in a stinging resignation statement.

"It is entirely right to go back to the people and ask them to confirm their decision to leave the EU and if they choose to do that, to give them the final say on whether we leave with the prime minister's deal or without it," he added.

Prime Minister Theresa May is reportedly close to securing a divorce deal with Brussels, as time runs out ahead of Britain's planned departure from the EU on March 29 next year.

The agreement will finalise Britain's exit bill of around £39 billion ($50 billion), guarantee citizens' rights and see a 21-month transition phase during which London will follow EU rules.

British and European negotiators will then seek to agree the long-term future relationship.

But in his resignation statement, Johnson said the mooted deal would leave Britain "economically weakened, with no say in the EU rules it must follow and years of uncertainty for business".

He added the alternative of no-deal would "inflict untold damage on our nation".

"To present the nation with a choice between two deeply unattractive outcomes, vassalage and chaos, is a failure of British statecraft on a scale unseen since the Suez crisis," Johnson said.