Staff at three field hospitals in northern England are being mobilised to prepare for a surge in coronavirus admissions, health authorities said Monday, as Prime Minister Boris Johnson prepared to unveil a new three-tiered system of localised restrictions. 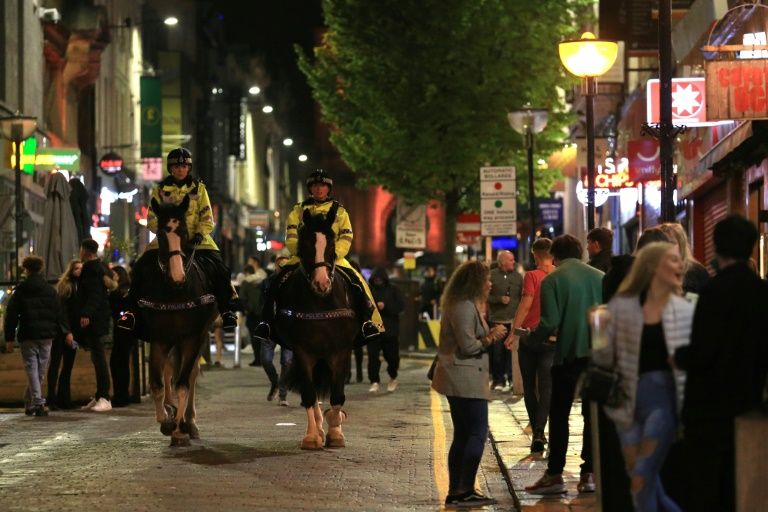 A string of temporary "Nightingale" hospitals were built across the UK in conference centres and stadia earlier this year as Covid-19 swept across the country.

Named after nursing pioneer Florence Nightingale and constructed by the military, many were not needed at the time.

But they were put on standby last month and three hospitals in the worst-hit regions of northwest England -- which accounts for 40 percent of all new cases -- and the northeast have now been told to get ready to receive patients.

"We have asked the Nightingale hospitals in Manchester, Sunderland and Harrogate to prepare for this next phase," said Stephen Powis, national medical director for the state-run National Health Service (NHS) in England.

Testing for hospital staff is also being stepped up in high-risk areas to try to stop the spread of a virus that has killed almost 43,000 people in the UK -- the highest toll in Europe.

Equally, health officials warn that while many cases are among young people, infection rates are increasing for older age groups, who are more at risk of hospitalisation.

Almost 13,000 new cases were reported on Sunday, with 65 further deaths.

And there are now more patients in hospital in England with Covid-19 than when a nationwide lockdown was ordered in late March.

The UK-wide lockdown was lifted in June but England, whose health policy is controlled by the UK government, and the devolved administrations in Wales, Scotland and Northern Ireland have all imposed tough restrictions.

They include blanket restrictions on social gatherings, in addition to more localised measures. Pubs and other licensed premises in central Scotland shut last Friday for 16 days.

Amid accusations that the rules are confusing, Johnson will later Monday set out a new three-tiered alert system for local measures in England, classifying all areas as either "medium", "high" or "very high" risk.

Local authorities in Liverpool said they had been told they would be in the top tier, with pubs, bars, betting shops, gyms and casinos all shutting.

But they are still pressing central government for funds to help support public services and businesses that closed, after a nationwide furlough scheme ends on October 31.

Finance minister Rishi Sunak announced on Friday a less generous replacement that would see the government pay up to two-thirds of staff's monthly wages to firms forced to close.

"We do not feel that the furlough scheme announced recently is adequate and that businesses in the region especially those in the hospitality sector and those serving it will be damaged and many will suffer long-term damage or close for good," a joint statement from Liverpool's leaders said.