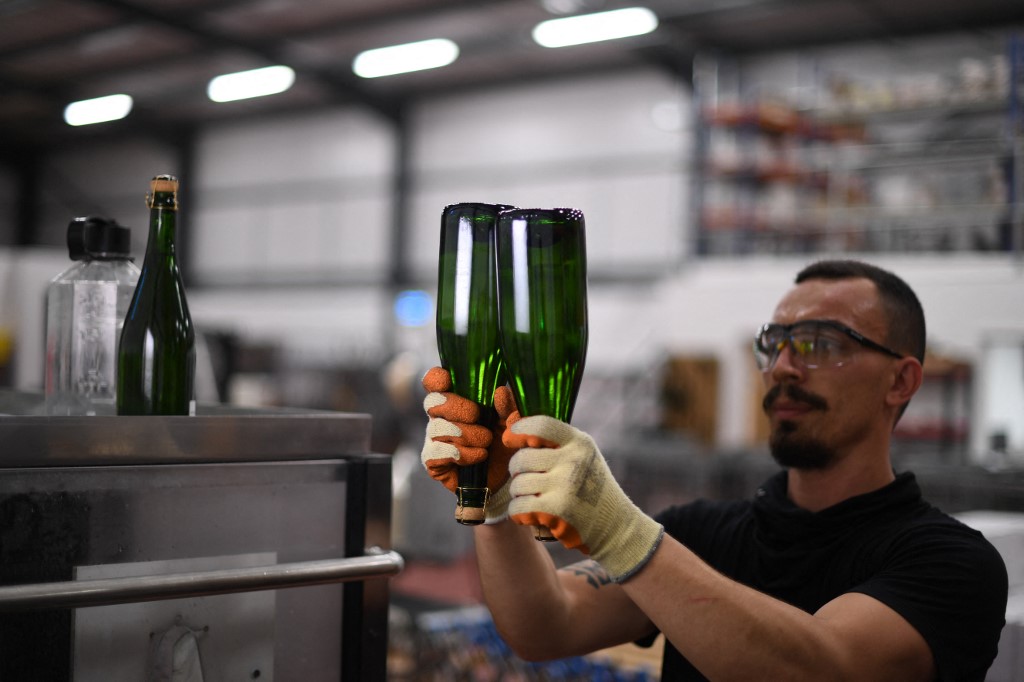 A worker inspects bottles of wine for defects before packaging them at Ridgeview Estate's winery near Burgess Hill, southern England, on June 22, 2021. (Photo: AFP)

CBI president Karan Bilimoria, addressing a London conference later Tuesday, will declare according to prepared remarks that a "perfect storm" of shortages resulted from Brexit and the Covid-19 health crisis.

Bilimoria said the CBI has identified two things the UK government can do straight away to help make sure the UK economic recovery stays on track.

"We need government to immediately update the Shortage Occupation List," he will say, warning of insufficient numbers of butchers, bricklayers and welders.

"Where there are clear, evidenced labour shortages, businesses should be able to hire from overseas."

The shortage occupations list plays a key role after the government ended free movement between Britain and EU member states on January 1.

In addition, the CBI wants the government to invest in skills for jobs that have labour shortages, as Britain prepares to fully exit Covid lockdown on July 19.

The government must do "more to support British workers, directing them to qualifications we know are in short supply", Bilimoria will say.

Trade body UKHospitality recently warned of a staffing crisis due to the twin impact of the pandemic and Brexit.

"We've got a perfect storm of factors coalescing," Bilimoria was to add.

"During the pandemic, many workers from overseas left the UK to return home –- hitting the UK's hospitality, logistics, and food processing industries particularly hard.

"The UK's immigration system is also a barrier to hiring people from overseas to replace those who may have left."

The CBI is Britain's biggest employers' organisation and represents 190,000 businesses across the country.