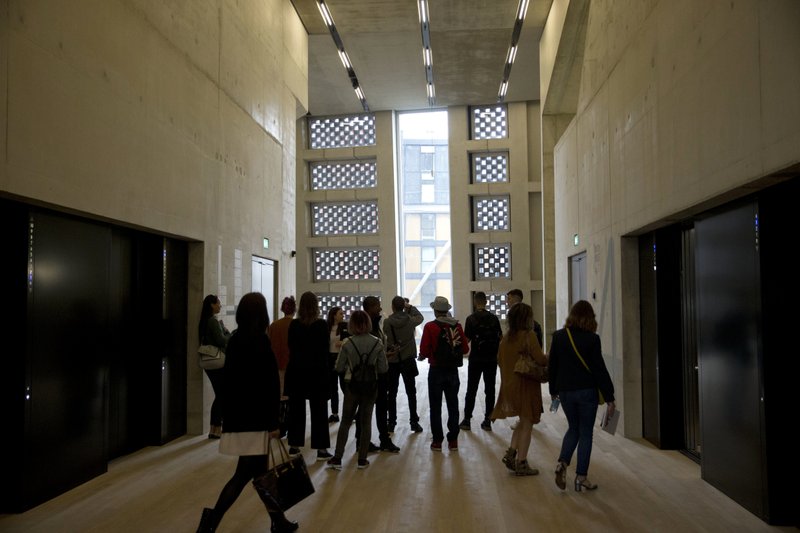 Residents of London’s Neo Bankside apartment complex enjoy spectacular views over the British capital. But some are unhappy at being on display themselves.

Owners of four apartments have gone to court, saying that a viewing platform at the Tate Modern art gallery next door violates their right to privacy by letting hundreds of thousands of tourists a year peer into their homes.

They want to force the gallery to close off part of the 10th-floor terrace, which opened in 2016 and offers 360-degree views over London.

A lawyer for the homeowners told a judge at London’s High Court on Friday that the platform, used by up to 1 million people a year, constitutes a “relentless” invasion of the residents’ privacy.

Attorney Tom Weekes said visitors “subject the flats to an unusually intense visual scrutiny,” with some using binoculars and zoom lenses to get a better look. He said one of the claimants counted 84 people photographing his building over a 90-minute period, and “discovered that a photo of himself had been posted on Instagram to 1,027 followers.”

One of the claimants, Lindsay Urquhart, said in a statement to the court that “I feel as though my life revolves around the viewing platform’s opening hours.”

She said “it breaks my heart to think” that strangers could take photos of her young daughter and post them on the internet.

Another claimant, Ian McFadyen, said “we constantly have to be careful about our actions and appearance.”

The gallery’s board of trustees argues that the simple solution is for the residents to draw their blinds, “and, as necessary, to put up curtains.”

Tate lawyer Guy Fetherstonhaugh said visitors to the terrace came for the “unique, free, 360-degree view of London” and “do not ordinarily visit the viewing platform with the intention of looking at the claimants.”

He said the aggrieved apartment-dwellers were unreasonably seeking to “deny to the public the right to use the viewing platform for its intended purpose merely to give the claimants an unencumbered right to enjoy their own view.”

Tate Modern opened in 2000 in a former power station and helped transform the surrounding Bankside neighborhood from a riverside backwater into an arts and nightlife hub dotted with luxury apartment towers.

The viewing terrace is part of a pyramid-shaped extension to the gallery, which sees more than 5 million visitors a year.

The case is due to continue Monday.