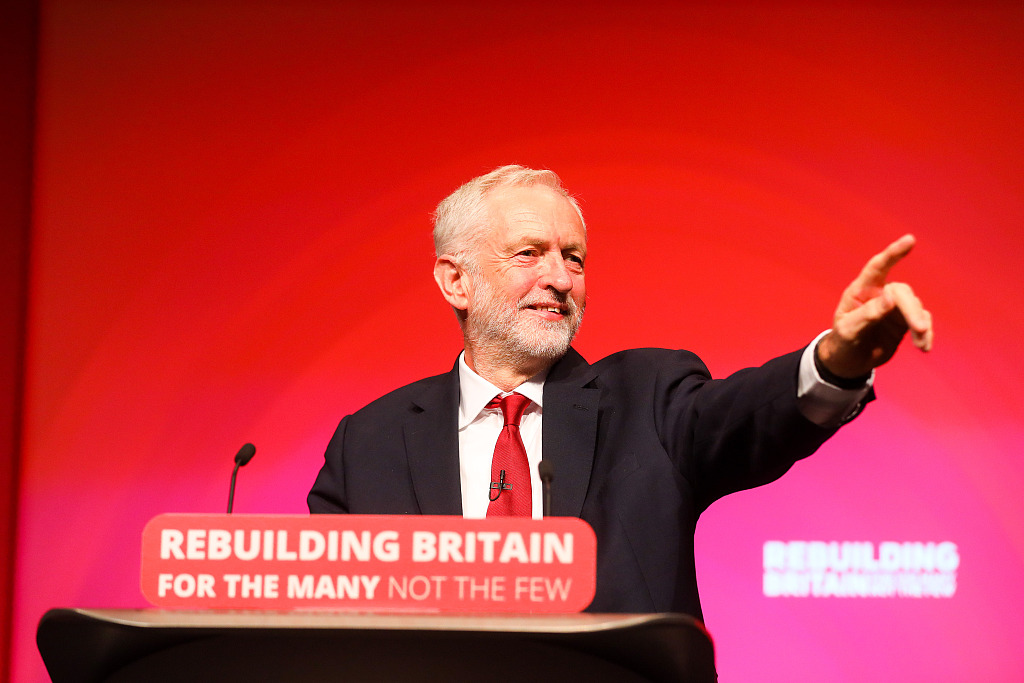 LONDON, Dec. 20 (Xinhua) -- British Opposition leader Jeremy Corbyn came under fire on Thursday, one day after he allegedly called Prime Minister Theresa May a "stupid woman" at the parliament.

British media and the Conservative Party accused Corbyn of sexism after the opposition leader was caught on camera muttering a response to the prime minister's words.

Media footage showed that Corbyn was mouthing the words.

But Corbyn said he was opposed to the use of sexist and misogynist language in any form and insisted he had actually said "stupid people."

The Times on Thursday reported that lip readers challenged his insistence that he had not used the words.

Corbyn was asked to make a statement to MPs after the Tories called him to apologize for the alleged insult.

Commons Speaker John Bercow said he had not seen the alleged incident and all MPs had to be taken at their word.

But Conservative MPs said they did not believe Corbyn's explanation and repeated calls for an apology from him.